Money doesn’t always decide elections, be it in May primaries or in the November general election. But the contributions coming into today’s all-absentee primary election show one-sided trends for federal offices and a neck-and-neck battle in a few local races.

The Republican bid for the Kootenai County Sheriff race, from a contribution perspective, has become a too-close-to-call fight between Kim Edmondson and Robert Norris. Norris has brought in $19,367.10, including a recent contribution from the Coeur d’Alene Firefighters for $970.70. Edmondson, meanwhile, leads in a late surge with $20,972.71, more than half of which came in the last month. These donations include $1,000 apiece from Andy and Jamie Smith of Dalton Gardens, as well as another $1,000 from Shelley Garvey.

Richard Whitehead has made a strong showing, as well, pulling in $13,915.43 so far this campaign, including $970.70 each from Fletcher and Janetta Michael of Post Falls. John Grimm has raised $6,375 to date.

The Republican push for the Idaho State House is tilting toward incumbents. Rep. Jim Addis leads the way in contributions for the party’s District 4 bid with $31,050, including $1,000 donations each from Kendall Automotive, Coeur d’Alene Honda, the North Idaho Builders PAC, Group Wholesale out of Post Falls, the Committee to Re-Elect Fred Wood, the Idaho AGC, the Idaho Bankers Association, Avista, the Coeur d’Alene Firefighters, Joe Hall of Lewiston, and Phillip and Bekki Meador.

Republican Rep. Vito Barbieri has a commanding lead in donations to his campaign for the District 2A seat, raising $8,900 so far, including $1,000 donations from the Idaho AGC and the Idaho Bankers Association. His primary challenger, Russell McLain, has reported no contributions.

Peter Riggs has broken free from the three-way race for the District 3 Senate race, pulling in $19,450.16 in contributions — including $1,000 donations from the North Idaho Builders PAC, the PFFI PAC, the IHA PAC, the ICUA PAC and from Lindsay and Martine Gorrill of Post Falls.

The two incumbents for this year’s County Commissioner seats each have a donation advantage over their party challengers. In the 1st District seat, incumbent Bill Brooks has $20,153.27, almost twice as much as David Stewart’s $10,465. Brooks’ largest contributor is the North Idaho Builders PAC, which donated $1,000 to his campaign. Stewart, meanwhile, has received $1,000 apiece from Jim Stafford of Coeur d’Alene, Saundra Chamberlin of Dalton Gardens, and the JD Resort out of Bayview.

The County Commission 2nd District Republican primary race is much closer from a financial standpoint. Incumbent Commissioner Chris Fillios still has the donation lead with $16,498, including $1,000 from the North Idaho Builders PAC. But Greg Delavan has raised $14,650, including $1,000 donations from North Idaho Maritime, John Magnuson, Gregory Gervais of Coeur d’Alene, Copper Basin Construction, Ron Pratte of Arizona and Andrew Erickson of Seattle. Elizabeth Jacobsen is currently vying for Fillios’ seat with $3,204.72, which includes $500 apiece from Jill Hazen of Meridian and Norma White of Athol.

Both Democratic and Republican primary races for North Idaho’s 1st Representative seat in Congress and seat in the U.S. Senate are one-sided. Rep. Russ Fulcher has raised $312,500 so far, including two donations totaling $25,600 from the House Freedom Fund and $10,000 from the Freedom Fund, a pair of PACs. His Republican challenger, Nick Jones, has not processed contribution claims through the Federal Election Commission, making his total a reportable $0.

In the Democratic primary bid for Fulcher’s seat, Rudy Soto has a commanding $598,796.99 raised, $441,250 coming from committee money. Democrat Staniela Nikolova, who previously ran in 2016, has not filed any data with the FEC.

While U.S. Sen. Jim Risch is running unopposed in the primary, he will not go unopposed in November. Paulette Jordan is seeking the Democratic nomination for Risch’s Senate seat with $109,998.88. At least $87,016.27 comes from ActBlue, a Democratic non-profit that collects and distributes small individual donations. Her fellow Democratic opponent, Jim Vandermaas, has raised $18,060.76 to date.

The all-absentee primary is today. Voters have until 8 p.m. to request an absentee ballot. Visit idahovotes.gov or contact the Kootenai County Elections Office to request a ballot. Results will not be tabulated until at least June 2. 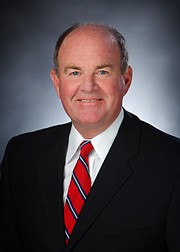 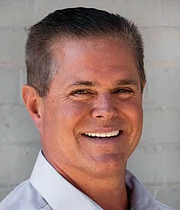 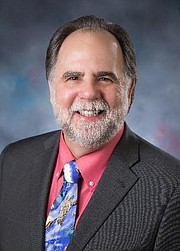