PF buys land for future use

The Post Falls City Council on Tuesday unanimously voted to buy a $990,000, 14.5-acre undeveloped parcel on the west side of town to be used for a future park and public works facility.

"It fits in our development timeframe," Public Works Director John Beacham said, during the meeting. "The price is right today because there is no road or utilities there, so that fits in our land purchasing budget."

He said the use of impact fees to buy this parcel will allow a developer to build a park, or for impact fees to pay for the park if and when development reaches that property. It is located near Pleasantview Road, between Poleline and Grange avenues.

All the city's public works facilities, with the exception of crew members, are currently housed at the water reclamation facility at 2002 W. Seltice Way, including the water shop, fleet services that maintain city vehicles and the streets division.

Through the years, the Seltice Way facility has expanded and is presently under construction to add tertiary treatment, ditches and clarifiers, soon to be encroaching on the streets and fleets space.

"We're moving across that facility," Beacham said. "We've been on borrowed time with streets and fleets ever since that was relocated there."

“It’s been said they don’t make land anymore, and if we just sit tight and wait to purchase it, that cost is going to go up exponentially," Jacobson said. "Worst-case scenario, if we don't need it, we can sell it.”

Beacham said construction of the Public Works facility on the newly purchased parcel would not take place for one or two decades. 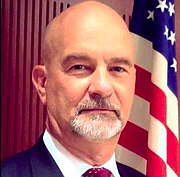