A new era of philanthropy and opportunity is dawning in the Inland Northwest.

On Monday, the Innovia Foundation announced LaunchNW, a community and economic vitality initiative that will span 20 counties in North Idaho and eastern Washington. The initiative will impact urban and rural communities across Innovia's service region, including 150,000 students and more than a million residents.

"LaunchNW is an amazing opportunity to build on local workforce and invest in the children and future of North Idaho," North Idaho regional engagement manager Amy Voeller told The Press. "Bringing together nonprofits, businesses, local government and education will allow us to better serve our community."

Innovia is a foundation that forms partnerships to improve communities. It works with partners to identify and respond to the region’s greatest opportunities, help those in need and leave a lasting impact.

Its vision for LaunchNW is simple — to advance opportunity, prosperity and growth in the region.

“We’re starting in Spokane and Kootenai County, but we’re going to do a big rollout to all 20 counties,” Innovia Foundation CEO Shelly O'Quinn said during a media event May 10.

A "promise scholarship" will be introduced starting in fall 2024. LaunchNW will work with the community to eliminate barriers to high school completion and post-high school educational goals. This includes college or workforce training, apprenticeships, trade pathways and more.

Although the promise scholarship is a tool of LaunchNW, O'Quinn was clear that it is not an education initiative.

"It’s a workforce development and economic development initiative for our region," she said.

In the research leading up to it, O'Quinn said the LaunchNW team heard loud and clear from the community that it can't just be about education.

"It’s called ‘Launch Northwest,' advancing opportunity, prosperity and growth," she said. "We’re using education and the promise scholarship as the tool, but it’s really about providing that whole support for students and families.”

Donors, businesses and philanthropic efforts will seed the promise scholarship while private grants, city and county investments and funding from school districts will support the implementation of LaunchNW.

Central Valley School District Superintendent Ben Small will serve as LaunchNW's executive director. He will retire from the school district at the end of June.

“When I made the announcement that I was retiring from public education, I said I wanted to stay in this community and continue to give back to the community I love,” he said in a news release. “This opportunity absolutely connects with me on a personal level because it was part of my lived experience."

Spokane County Commissioners have allocated $5 million to serve students and families in Spokane County. A $1 million investment has been made by the city of Spokane Valley.

Sen. Patty Murray, D-Wash., through congressionally directed federal funds, has allocated $2.5 million to support the initiative in rural communities. Additional contributions have been received from local businesses, donors and foundations. Funds will support local programs for children and families.

During the media event, O'Quinn said LaunchNW is not political or partisan. Small said the initiative is not creating a bureaucracy.

"LaunchNW is not just about building another nonprofit of 50 or 100 employees," Small said. "It’s building a nonprofit with the incentive of a scholarship, brings people (together) to solve problems along that pathway to post-secondary attainment."

According to data prepared for the launch of LaunchNW, more than 60% of all projected job openings in Kootenai County will require at least some form of post-secondary education by 2026.

Nearly 40% of the white population, about half the American Indian population and about 60% of the Asian population in Kootenai County are most likely living at or below the ALICE (asset limited, income constrained, employed) threshold.

Partners have been working on the LaunchNW initiative for more than a year. It's modeled after Say Yes to Education, a nonprofit founded in 1987 to improve inner-city education and support all students on their academic journeys to obtaining post-secondary degrees.

Fundraising will continue with the goal of announcing scholarships for the class of graduating seniors in the spring of 2024.

A fundraising total and timeline will be identified once organizers receive data from Idaho. Washington data was received in October; Idaho data should be received soon, O'Quinn said.

Initiative organizers have communicated with area mayors, superintendents and other civic leaders in Kootenai County. Post Falls Mayor Ron Jacobson watched a presentation on LaunchNW and said it will be interesting to see where the program goes in the future.

"Any time you’re doing anything that pertains to education is probably a good thing. I commend them for what they're doing," he said. “I think it’s probably going to help the economy. I think it helps, especially, those who have financial difficulties. The information they sent me looked pretty solid."

"We are creating a structure and a framework to bring the many really effective community-based organizations — nonprofits, our cities, our counties, our school districts — to bring them together to solve problems differently than we’ve ever done before," Small said. 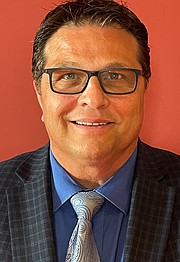