Elephants in the room

A recorded phone call appears to reveal a plan by the Kootenai County Republican Central Committee to infiltrate the Kootenai Democrats, install an “antisemitic troll” as party chair and funnel money donated to Democrats to local Republicans instead.

COEUR d’ALENE — The Kootenai County Republican Central Committee has reportedly planned and recruited volunteers to infiltrate the Kootenai Democrats, install an “antisemitic troll” as party chair and funnel money donated to Democrats to local Republicans instead.

A recorded phone call between Kootenai County resident John Grimm and a person he identified as KCRCC Youth Chair Dan Bell appeared to reveal the plan.

“Long story short, we want to take over the Democrat Party,” Bell reportedly said during the Tuesday call.

In Idaho, recording telephone conversations is allowed with the consent of at least one party to the conversation.

Grimm, who ran unsuccessfully for Kootenai County Sheriff in 2020, said he recorded the call to remove any uncertainty about what was said.

“I know from personal observation that certain members of the KCRCC are masters of deception with an ability to twist the meaning of even their own statements,” he said.

Grimm also made it clear that he's a staunch, conservative Republican but that the KCRCC has “gone too far.”

In the call, Bell described a plan by the KCRCC to take control of the local Democratic Party by having their own candidates run for Democrat precinct captain positions.

Elected by partisan primary voters in May of each even-numbered year, precinct captains are part of both county and legislative district central committees.

Leaders elected by these central committees then elect the state party leaders.

Kootenai County has 70 precincts. There are only 21 Democrat precinct captains. The remaining precincts are vacant, compared to 10 vacant Republican precincts.

As of Wednesday, 11 people had filed to run for Democratic precinct captain positions. At least one was reportedly a KCRCC volunteer.

Bell said KCRCC Chair Brent Regan — who also is chair of the Idaho Freedom Foundation, a nonprofit that promotes conservative causes and candidates — is “totally on board” with the plan.

“If we pull this off, this will be national news,” Bell said.

Neither Bell nor the KCRCC responded to Press requests for comment Wednesday afternoon.

In the recording, Bell said at least 25 Republican volunteers had committed to running as Democrats as of Tuesday, while the KCRCC aims to recruit at least 40.

“We’re going to do a bum rush on Thursday and Friday so that our people are on the ballot and theirs aren’t,” he said.

The deadline to file for May’s primary election is 5 p.m. Friday.

After that, Bell said, Democrats will have to scramble to find write-in candidates, then spend time and money promoting them.

Meanwhile, Bell said he’ll use the Idaho Republican Party’s software to access the contact information of Constitution Party members, as well as unaffiliated conservative voters, and recruit them to make campaign calls for the KCRCC.

“We’re going to call these voters and say, ‘Hey, if you want to vote in the primary and take out the liberals, request a Democrat ballot and vote for our people for precinct committee,” Bell said.

“We have a much stronger effort than they did in 2014,” Bell said. “I think we can actually pull it off this time.”

She said local Democrats discovered that 11 precinct captain candidates were Republicans who had changed their affiliations and filed to run in order to disrupt the Democratic Party’s operations.

“We recruited some write-in candidates in those districts to counter their efforts,” Neils said.

The party poured considerable time and money into promoting their write-in candidates, Neils said, five of whom were elected.

She said she asked the six “fake Democrats” to step down.

“If they could honestly and legitimately say they were aligned with our values and could follow our bylaws, they were most welcome to stay,” she said. “But if they were there for other reasons, they should resign.”

A few did just that, Neils said, while the others attended one or two meetings and no more.

“They weren’t really serious about what they were doing,” she said.

This time, however, she said local Republicans appear to be making a concerted effort to dismantle the Democratic Party in Kootenai County.

She questioned why the KCRCC would bother to infiltrate the local Democratic Party, which wields considerably less political influence in North Idaho.

“Why are they worried about Democrats?” she said. “We don’t have enough power in the county or even the state to disrupt their agenda.”

She said she hopes local Republicans push back against the effort to infiltrate the Kootenai County Democrats.

“I would like to think the Republicans who hold their real values dear will say, ‘This is awful and I’m not going to put up with this anymore,’” she said.

Upon election, Bell said, the KCRCC’s plants would vote David J. Reilly in as party chair.

“A guy that they call racist, antisemitic, Holocaust denier,” Bell said. “That same guy would be the chair of the Kootenai Democrat Party.”

A recent Pennsylvania transplant, Reilly was condemned by the nation’s largest pro-Israel organization for his antisemitic writings and called an “antisemitic troll” by The Daily Beast.

Reilly, whose social media posts in 2020 included comments that “all Jews are dangerous” and that more Americans should believe antisemitic stereotypes, ran unsuccessfully for a seat on the Post Falls School Board in 2021.

The KCRCC endorsed his candidacy.

The party chair calls meetings. With Reilly in that position, Bell said, there simply won’t be another meeting of the Kootenai Democrats for at least two years, when the next primary election occurs.

Bell said Brent Regan came up with the idea to install Reilly as party chair.

In addition to using the local Democratic Party’s website and social media channels to promote conservative causes, Bell said Reilly would use his position to take money donated to Democrats and give it to Republicans.

Under Idaho law, theft by false promise occurs when a person obtains the property of another by representing that he or a third person will engage in particular conduct with no intention to actually engage in that conduct.

Grimm is not the only local Republican who came forward about being courted by the KCRCC as part of this alleged plan.

A woman who did not want to be named told The Press that Greg McKenzie approached her at a recent KCRCC meeting and tried to recruit her for what she called a “scheme” to infiltrate the Democratic Party.

McKenzie was elected to the North Idaho College board of trustees in 2020, after the KCRCC endorsed him.

“He asked if I was willing to register as a Democrat,” she said.

The woman said she was confused by the question, until McKenzie explained the KCRCC’s plan to fill the local Democratic Party’s ranks with their own members.

“He said it’s a thing where you register and then you can get into their organization and sway votes,” she told The Press on Wednesday.

When the woman refused to participate, McKenzie allegedly asked if she would be willing to recruit other volunteers instead. She said she declined.

In an email to The Press, McKenzie said he did not recall the conversation.

He also said he believes The Press is working with local Democrats to have Democrats change their party affiliation in order to vote in the Republican primary.

Similarly, Regan said in a Facebook post on Thursday that “Democrats, socialists and hacks in the media” are calling for Democrats to “infiltrate the Republican Party” and vote in the Republican primary.

He also asserted that “prominent Democrats” are running for office as Republicans.

“Now, just like all bullies, they are upset when Republicans fight back,” Regan wrote.

If the KCRCC takes over the Kootenai Democrats, Bell said, they also plan to “expose” local companies and organizations that secretly support liberals.

“We can scatter the freaking cockroaches,” he said.

He suggested such groups are really liberal, not nonpartisan, and that any Republican candidates endorsed by them are also liberal.

“The average voter, even the ones that vote with us, are uninformed,” he said.

Bell also described a long-term plan to build a “youth army” to sign up elderly voters for absentee ballots, as well as to “harvest ballots” and drive voters to the polls during future elections.

“Harvest is legal in this state,” he said.

“We are looking into every option, legal and otherwise, to fight back against this plot by the radical and dangerous Kootenai County Republicans to infiltrate the Kootenai Democratic Party,” DeLoof said. “Just when you think they can’t go any lower, they do. They have tried to use these nefarious tactics in the past and are fooling no one.”

Grimm said he believes the KCRCC approached him because he’s known to be a conservative Republican.

But he said he refuses to be part of “any conspiracy to steal money” and can’t stay silent about the KCRCC’s alleged plans.

“They have become what they profess to hate: liars, cheaters, thieves and worse — establishment Republicans,” Grimm said.

He said he’s disappointed in the local Republicans involved in the plan.

“There are good people, good conservatives, on the central committee,” he said. “I hope some of them effect change that ends these harebrained schemes.”

If not, Grimm said, he expects longtime Republicans to turn away from the party, while young people question whether they should join the Republican Party at all.

“Then we will lose this county to the Democrats and will have only ourselves to blame,” Grimm said.

This story has been updated. 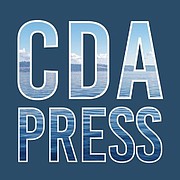 A recorded phone call appears to reveal a plan by the Kootenai County Republican Central Committee to infiltrate the Kootenai Democrats, install an “antisemitic troll” as party chair and funnel money donated to Democrats to local Republicans instead.