North Idaho College’s annual outdoor concert is back with the Mother’s Day Concert in the Park at 2 p.m. on May 8.

“Pack a lunch, bring a chair and celebrate Mom with an amazing soundtrack from stage and screen,” NIC Director of Bands Bryan Hannaford said.

The show will be held in the Coeur d’Alene City Park Band Shell. The concert is free and open to the public.

The concert will feature the NIC Wind Symphony performing traditional favorites like “Stars and Stripes Forever” by John Philip Sousa and “The U.S. Armed Forces Salute.”

“It’s a wacky piece of music that should let your mind explore nature as we enjoy the springtime in Coeur d’Alene,” Hannaford said.

The symphony will also be joined by the NIC Chamber Singers, directed by NIC Director of Choirs Max Mendez; featuring the work of Richard Rodgers and Andrew Lloyd Webber, who both composed music for Broadway shows, film adaptations and musical theater.

The symphony and choir will perform Rodgers’ songs from popular musicals like “The Sound of Music,” “The King and I,” “Oklahoma!” and “Carousel,” as well as Webber’s songs from “Evita,” “Joseph and the Technicolor Dream Coat,” “Jesus Christ Superstar,” “Cats” and “Phantom of the Opera.”

Hannaford is in his fifth year as director of bands and associate professor at North Idaho College. In addition to directing the NIC Wind Symphony, he also directs the NIC Jazz Ensemble, Cardinal Pep Band and Cardinal Chamber Orchestra. 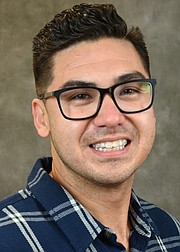 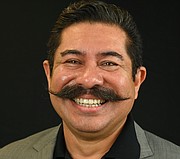