COEUR d'ALENE — Tonight’s North Idaho College Board of Trustees meeting will include finalizing details of the selection of interim president and additional legal counsel.

Michael Sebaaly, NIC's head wrestling coach, was voted in over nine other applicants as interim president Monday night without an open discussion of his qualifications.

The 3-2 vote was opposed by Christie Wood and Ken Howard, who called the process a sham.

“They've set the college up for failure,” Wood said Monday night. “The people on campus will not have confidence in a person who doesn't have a background or experience.”

The Lancaster, N.Y., native received his bachelor of arts in history at the University of Buffalo. He completed his Master of Arts in history from Buffalo State College and his doctorate in educational leadership from Southwestern College in Winfield, Kan.

There is no information listed on his NIC bio about higher education administration/senior leadership experience, and he was unavailable for an interview Tuesday.

Sebaaly lives in Coeur d’Alene with his wife and five children.

Wood called the selection process “predetermined” and said Sebaaly is a personal friend of Board Chair Todd Banducci.

Banducci did not confirm or deny the allegation, nor offer reasoning for his choice of Sebaaly. Monday night, Banducci said only that he hoped the college would support Sebaaly as interim president.

Finalizing the deal is on the agenda for the board's regular meeting at 6 tonight in the Edminster Student Union Building, Lake Coeur d’Alene Room.

Once again, the regular trustee meeting is making no provision for public comment.

Banducci said at the special meeting Monday he isn’t planning to bring public comment back on the agenda until sometime in November or December.

A Press public record request provided the names of the nine other internal applicants for interim president:

Wood said many of the candidates were qualified but not considered.

Also on the agenda for tonight as an action item is to select additional/supplemental board legal counsel.

Banducci said Monday that he had nothing against college attorney Marc Lyons but thought additional legal counsel for the board would be a resource as well as “have the ability to have a line of separation” to eliminate any uncomfortable position of a single attorney caught between college conflicts.

Banducci said he's working on the matter solo and hopes to have a clear definition of the position by the meeting tonight.

Wood criticized Banducci for not including all trustees in the discussion regarding new legal counsel.

Howard said he wouldn’t trust Banducci if he needed his own lawyer for the board, nor does Howard trust him to pick someone without a conflict of interest.

“That just boggles my mind. We have good legal counsel in Marc Lyons,” Howard said Monday. “There’s no reason to hire more.”

Wood said it's ridiculous that trustees Banducci, Greg McKenzie and Michael Barnes would add more taxpayer expense for extra legal counsel after already costing them $270,000 in compensation to former college President Rick MacLennan after firing him without cause Sept. 22.

Lyons said Monday he wasn’t given any reason why he shouldn’t serve as legal counsel to the board, but to his understanding the board chair is only looking to get additional counsel.

Banducci did not comment. He referred media requests to NIC's communications department. 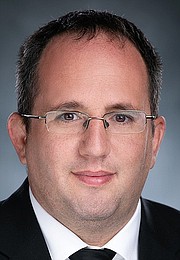 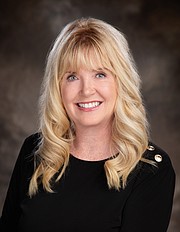 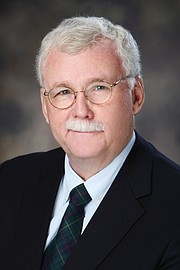