With two potential urban renewal districts in the works, Post Falls staff and the Kootenai County Board of Commissioners are talking about what kind of money those projects might generate.

They agree that recently adopted legislation will reduce the revenue stream.

Urban renewal districts are areas where a portion of property taxes are allocated to encourage development, improve infrastructure, and attract job opportunities for a limited time. The Post Falls Urban Renewal Agency, established by the city in 1991, has created eight districts and closed four.

The Downtown URD is a revamp of a district created by Post Falls in 1994 that promoted a mixed-use city center through street improvements and constructed several city buildings.

Almost 15 years later, the city is revisiting the idea of a "downtown corridor" that serves as a gathering place with commercial businesses and residential opportunities.

"Right now, we're just looking at trying to encourage that commercial development in our downtown area and continue what has started over the last 20 years with restaurants, breweries, and some small retail shops," Enderud said.

Some projects discussed for the downtown district include townhouses, improved parking, and revitalizing the Idaho Veneer site.

The Pleasant View district is similar to previous URDs, Enderud said, and centers predominantly on job creation and industrial development.

"The focus is bringing (Kenworth Sales Co.) to Post Falls from Washington," Enderud said. "They will bring about 1,200 jobs and $250 million in revenue to the state of Idaho. Estimated payroll is about $78 million as I recall that they're bringing over to the state."

Other companies and developments have also expressed interest in parcels within the Pleasant View URD, she added.

Districts use tax increment financing — a tool created by state and federal statutes — that separates property tax revenues into a base and increment.

"The base value of that district's moneys stay with the taxing entities, and the increased valuation is what goes to the urban renewal agency to pay off public infrastructure," Fountain explained. "Then that money goes back to the taxing entities once the district closes."

With House Bill 389, a piece of property tax relief legislation signed by Gov. Brad Little last week, local governments are limited in collecting tax revenue from new construction like URDs to 90%. The bill also caps a government's total budget to an 8% increase annually — including new growth and property tax revenue.

Due to HB 389, Fountain said URD revenue returns to the county could be cut by 20%.

"It's quite a significant decrease in the value of tax increment you will receive this year," she said.

With a base value of $2.7 million, the Pleasant View URD could develop between $459 million (50% developed) and $881.9 million (100% developed), Fountain said. Based on those estimations, she said about $1.6 million would go back to the county.

The Downtown district has a base of $182 million, Fountain said, with incremental revenue anticipated between $192 million (50%) and $288.9 million (100%). Under the recent legislation, when the two districts close, Fountain said the county could claim 80% of the new revenue.

Collectively, Commissioner Chris Fillios calculated that the legislation could cut the county's revenue from the two districts from $2 million to $1.6 million.

Commissioners unanimously approved the second of three steps in an intergovernmental agreement with Post Falls for the Pleasant View URD, permitting the annexation of parcels from the county into the city. The third step, county legal counsel Pat Braden explained, is the transference of power of those parcels into the URD.

"We're generating jobs, and jobs generate taxes," Fillios said. "So maybe at least there's an element of growth that is going to pay for itself, especially when you're bringing in that level of revenue, potentially." 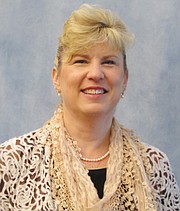