Nina Ford, a student at North Idaho College, joined Wednesday's protest in support of the teacher she said is irreplaceable. "There is nobody that matches Jacalyn Marosi’s passion, purpose, ideals, values, teaching styles," Ford said. "She was my whole reason for being here at this school."

Between 30 and 40 protesters showed up outside the Edminster Student Union Building Wednesday to advocate for a teacher they say North Idaho College is wrongly pushing out the door.

Jacalyn Marosi — known affectionately to her students as “Jacs” — is an assistant professor of language at NIC, where she serves as the school’s one and only teacher of American Sign Language. She has a Master’s in Education from the University of Idaho, as well as an advanced technical certificate and national interpreter certification in the Registry of Interpreters for the Deaf. She has taught at NIC for the past 16 years, but after the school decided in April not to renew her contract, this semester will be her last.

The reason? Advocates for Marosi say complaints from the estranged family member of a student she was trying to help prompted her de facto dismissal.

“There was an incident where Jacs was fighting for her student’s safety,” said Nina Ford, a student seeking her associates in American Sign Language Studies and the spokesperson of the protest. “It escalated.”

The incident in question was actually a string of conversations and observations Marosi gave to Kimmy Hunt. Hunt, an 18-year-old student at NIC, spoke to The Press about the events of last summer, when she was 17.

“Jacs was helping me get out of the household where I was abused at home previously,” Hunt said. “It started a long time ago. I started an ASL class, and Jacs was teaching the language and also the culture. She helped me analyze what was going on, help me find my own identity … Jacs was very supportive. She was an advocate.”

It was that support and advocacy Hunt said that drew her to the ASL teacher.

“I tended to set aside what my mom wanted and went with Jacs,” she said. “I wanted her support because she helped me feel like I could be involved, to feel like I could have a sense of pride and an identity about myself as a person. I felt like my mother was not supportive at all. She blamed Jacs for that."

Hunt has cochlear implants, which she said led to a pressure to vocalize to and associate with hearing people. It’s a pressure she said Marosi helped alleviate, until an argument over the summer changed the dynamics of her family.

“One day last summer, it all blew up, and my mom went into a rage,” Hunt said. “So I decided I had to get out of the house. I had to. There was no choice there.”

Hunt said she sought the help of a tight-knit circle of support that included her husband, a close friend, and Marosi.

“I actually thought about suicide, you know?” Hunt said. “I can’t go home. I can’t go back there. I thought dying would be better, and Jacs was very supportive. She made me feel I had worth, that I had value, and I had a goal I could achieve. So I promised Jacs I would not kill myself. One of the reasons I’m alive today is because of Jacs.”

Karen Hunt — Kimmy’s mother — vehemently denies the allegations any abuse took place, save an incident five years prior when Kimmy allegedly fought with her brother and was pushed down a flight of stairs, an incident Karen described as “sibling stuff.” The elder Hunt said Marosi was fired because of her response to the situation, and that it was inappropriate for Marosi to encourage a 17-year-old to engage in a romantic relationship with Kimmy’s now-husband who was 21 years old at the time.

“She plotted with my daughter to have her estranged from the family,” Karen wrote in an email to The Press Friday. “The false abuse allegations were not turned in to Child Protective Services. Jacs is a mandated reporter. My daughter is still estranged from her family of eight.”

The matriarch of the Hunt family said in a phone interview Wednesday evening that the problems stem from text messages she discovered on Kimmy’s phone between Kimmy and Marosi that portray a plot to alienate Karen from her daughter.

“I called Jacs right away,” Karen said. “I’m a Christian. What you do when you’re a Christian? You confront. She said, ‘I’ve done nothing wrong.’ She got aggressive with me. She said if I took this to the college, she would make this personal against me.”

It was then that Karen said she decided to take the text messages to the school.

“I turned a few text messages into the college and said, ‘From my viewpoint, this is really ill here what this professor has done,’” Karen said.

Karen said she’s been reluctant to defend herself publicly, as it would make reconciliation with her daughter more difficult.

In what the school would and would not say, Karen Hunt was entirely correct. In a statement to The Press, Maureen Dolan said the college would not comment on any personnel issues.

“Any time there is a change in instruction in any program, our students are the priority, and the college communicates directly with students who are or would be directly impacted,” the community relations coordinator for North Idaho College said in a statement about Wednesday’s protest. “In this case, NIC has already done this and will continue to do so.”

Dolan later shared an April 27 letter that went out to roughly 100 students impacted by the change.

“Each year, the college experiences changes in faculty,” reads a letter by Lita Burns, vice president of instruction. “These changes may raise questions about continuation of course delivery. I am writing today, as the administrator immediately responsible for all instruction at the college, to assure you that American Sign Language will be offered by NIC. The college takes seriously its commitment to you to be able to continue your studies in ASL and to offer a high-quality program.”

Faculty transitions occur commonly here. There are well-established processes at NIC to help manage these changes. Those steps will be implemented to support the faculty changes in ASL.

But Kimmy Hunt disputes this. Present at Wednesday’s protest, she said the school’s investigation — in her eyes — was lacking.

“Jacs got fired because she helped me,” Hunt said. “She supported me. She was an advocate. She helped me achieve some freedom and independence, and I got nothing from NIC. They fired her and said [to me], ‘Well, you’re not worth it.’ NIC has never once contacted me or asked me anything. I’ve had no voice in this entire situation. I don’t feel like they’ve heard me at all.”

Marosi said she initially resisted the idea of her students protesting on her behalf. But the school’s findings have given her pause, judging her for not only intervening outside her role as a teacher, but also advocating for services out of order from the school’s practices.

“There was an investigation, and it was found that I’d broken two policies,” Marosi said. “I went through this process where I tried to remediate the problem. I recommended the student, who was not being appropriately accommodated, talk to the Idaho Council for the Deaf, and that was apparently the wrong thing to do and a demonstration of bad behavior.”

“Sign language interpreters, when they’re interpreting a lecture that goes consistently for over an hour, that typically requires two interpreters,” Marosi explained. “We call them a team, where every 10 to 20 minutes, they’ll switch off. This is because of physical fatigue, mental fatigue, and the whole interpretive process. It’s standard practice to have a team.”

Marosi said she took the matter up the ladder, and when no results followed, she recommended Hunt reach out to the Idaho Council for the Deaf, a state-based advocacy group, for assistance.

That violation was investigated in March, shortly before Marosi’s tenure-track contract was not renewed.

As for the abuse allegations, Marosi said she agreed with Kimmy’s mother on one salient detail.

“The word ‘abuse’ and ‘abusive’ is a very overly-used word,” Marosi said. “It’s not one I have used lightly. Someone can just feel put down and say it’s abusive. I don’t get concerned about that kind of rhetoric. From my observations, and the reason I acted was because of what I witnessed. At first, I thought it was just a toxic relationship, but then I deemed it abusive.

“So as for the ‘mandatory reporter’ issue, [Karen] is correct,” Marosi continued. “I don’t know if she’s made aware of reports when they are made. But she is correct. It’s my duty to report those issues.”

Marosi has until May 21 to clean out her desk on campus. She broke into tears as she described her unknown future.

“I was obviously heartbroken and shocked,” she said. “How am I going to go into the class and advise my students to continue on in the program? Because they’re great.”

She added that she’s equally concerned about the fate of the ASL program at NIC, one she helped build for the last 16 years.

“I’m just doing what I can to support my students in these last few weeks,” Marosi said. “That’s been my real focus.”

Wednesday’s protest in front of NIC’s student union, meanwhile, was a simultaneous contrast in quiet and loud. Quiet, because Marosi’s current and former students who showed up mostly signed their displeasure. Loud, because the yellow and white shirts they wore declaring their support for their teacher glared in an already sunny day, a tactic Ford said was designed to get the attention of the non-hearing community in a way shouts couldn’t.

“Jacalyn Marosi is really one of the only resources here in North Idaho’s deaf community,” Ford said. “She’s a certified interpreter. She teaches all these courses to the hearing people of Coeur d’Alene.”

Ford and her followers are relying on the current and former students at North Idaho College to correct what they call a grave injustice. A petition is circulating on change.org to renew Marosi’s contract. That petition already has 1,000 signatures.

“She’s an excellent educator but also a mentor,” Ford said. “She looks out for her students and gives everything to this program. This was her passion. She lived it and followed it every day, and it cost her everything.”

Karen Hunt, however, sees it differently.

Nina Ford, a student at North Idaho College, joined Wednesday's protest in support of the teacher she said is irreplaceable. "There is nobody that matches Jacalyn Marosi’s passion, purpose, ideals, values, teaching styles," Ford said. "She was my whole reason for being here at this school." 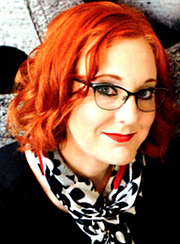