Valerie and Joseph Hickey of Finksburg, Md., are pleased to announce the engagement of their daughter, Lauren Murphy Hickey to Justin Andre Jackson, both of Anacortes, Wash. Justin is the son of Louise and Andy Jackson of Coeur d'Alene.

Craig Cozad of Rathdrum, and Nicole and Bob Gust of Athol, are pleased to announce the engagement of their daughter, Victoria Cozad to Joshua Newcomb, both of Post Falls. Joshua is the son of Jeff Newcomb and Christina Hatfield of Hayden.

Cadet Quinton Reese, son of Richard and Reva Reese of Post Falls, graduated from the U.S. Military Academy on May 22, 2021.

Reese graduated from Timberlake High School in 2014. While at West Point, he concentrated his studies in geospatial information science. He was commissioned as a second lieutenant in the U.S. Army within the Ordnance branch with explosive ordinance disposal (EOD) option and will report to Fort Lee, Va., for his first assignment. Prior to attending West Point, he enlisted in the U.S. Army in 2016 and served in South Korea.

The mission of the U.S. Military Academy is to educate, train and inspire the Corps of Cadets so each graduate is a commissioned leader of character committed to the values of Duty, Honor, Country and prepared for a career of professional excellence and service to the nation as an officer in the United States Army. 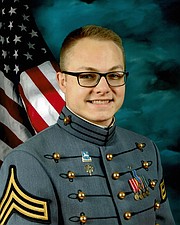 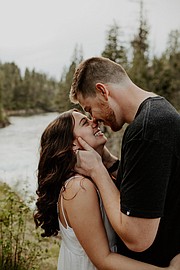