RATHDRUM — Consider it proof that Rathdrum doesn't approve every annexation request that comes its way.

The tug-of-war over growth saw an annexation request this week fail for lack of a majority vote.

After two motions — one to deny and the other to approve — the Lakeland Landing Annexation ended in a split 2-2 decision Wednesday night, with Councilmen Mike Hill and Steven Adams opposing the project. A final motion to table the application also failed for lack of a second, effectively denying the application.

To Hill, saying no to annexations like the 18.6 acres Lakeland Landings project is the only way the city can control growth.

Located east of the Westwood Pines subdivision and north side of Highway 53, the annexation requested a change from rural to Low-Density Single Family Residential (R-2S). Scott McArthur of McArthur Engineering, the representative for the project, said the land would eventually be the site of a subdivision with approximately 66 lots.

Hill said he didn't feel any "obligation" to accommodate the influx of individuals moving to Rathdrum through housing developments. Noting that approved subdivisions in the area, like the Brookshire project, are still unfinished, Hill said the city should wait until all new home projects cease.

However, Councilman Darrell Rickard contended that there is no way to slow growth, and by denying projects, the situation will worsen, not improve.

"I personally don't see a way to slow growth. The influx of people coming from California, Oregon, Washington, they're coming," Rickard said. "We got to do something about it. The other thing we have to keep in mind is that people can't afford houses around here anymore."

Recognizing the "hot topic" of growth, the Rathdrum Comprehensive Plan, and housing developments, McArthur tried to highlight how the Lakeland Landings project could benefit the community, mainly the need for housing.

"There's a shortage of homes to get on Zillow or any other search site," he said. "You cannot find homes for sale and we cannot hire people to move here to help with growth and development right now because they can't afford to get here. So we're trying to create affordable single-family housing, and that's why we came forward with the R-3 zoning."

The term "affordable housing" is frequently floated in development hearings. Still, as the typical home price on Zillow in Rathdrum climbed 25.7% this year to $461,693, the council was wary of what is considered "affordable."

"Just now, you said 'we're not only going to build homes, but we're also going to build affordable homes,'" Rickard stated. "Can you tell me what your definition of the term means? Because you can build luxury homes that are priced out of the market."

Rathdrum resident John Hodgkins said he was disappointed to hear the developers bring up "affordable housing," which he believes is a gray area used to make projects sound more desirable. 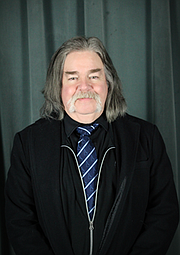