Three-time Grammy Award winner and rap superstar Nelly will make it “Hot in Herre” at the North Idaho State Fair during his concert at the Findlay Arena.
Courtesy photo

COEUR d'ALENE — Not everybody in Kootenai County is a fan of rapper Nelly, who has a sold-out concert date with the North Idaho State Fair next month.

In an email chain provided to The Press, individuals in the community expressed concerns about the scheduled "Hot in Herre" performance.

In the email chain titled "Whoa Nelly," Duane Rasmussen says several people he has talked to are "appalled by the actions of the fair board in selecting rapper entertainment for the fair."

Touching on the financial challenges COVID-19 presented for the fair and fairgrounds, Rasmussen contends that the Fair Board is sacrificing its traditional values for revenue from out-of-state visitors.

"Perhaps the North Idaho Fair Board has already made enough money on ticket sales to the denizens of Seattle and Portland to ignore any boycott attempt," says Rasmussen's email, which he also forwarded to The Press. "Collecting money through ticket sales to people who live in CHAZ and CHOP might just help us get past the financial difficulties of the last year but is that what we are willing to sell our cultural souls for?"

CHAZ and CHOP refer to Capitol Hill Autonomous Zone / Capitol Hill Organized Protest. What started as CHAZ and then was called CHOP were six blocks of unpoliced areas that briefly developed in Seattle during the Black Lives Matter protests last summer. The zone operated for approximately one month before being cleared out by police.

Hayden resident Rich Loudenback, secretary for the Coeur d'Alene John Birch Society chapter, echoed similar criticism. In a statement sent to The Press, Loudenback said his opinions are his own but are shared by "a lot of people in the area."

"I wonder if someone on the far left that is consumed with creating everything possible to injure our traditional communities' values and lifestyle is behind influencing weak-minded people on the KC fair board and our county commissioners by selling them on this insane decision to upset our peaceful fair with the likes of Nelly," Loudenback's email reads. "Talk about selling your soul to the devil for money."

"We are not oldsters that deny changing times," the email continues. "We are serious, responsible citizens with moral character who recognize filth and the increasing depravity of our youth stimulated when we see it. Nelly is no Elvis Presley."

By early June, the North Idaho State Fair reported over 7,800 tickets had been sold for the entertainment events — 3,252 specifically for Nelly.

Nelly, 46, a three-time Grammy Award-winning artist, is scheduled to perform at 7:30 p.m. on Aug. 23 in the Findlay Arena. Nelly tickets have been on sale for the fair fan clubs since March 31 and the public since April 2.

Nelly is best known for his songs "Ride wit Me," "Dilemma," and "Cruise" with Florida Georgia Line, but Hayden resident Craig Kerwin isn't impressed. He specifically points to Nelly's song "Pimp Juice" as portraying a message unwanted in Kootenai County.

"He is glorifying the Pimp lifestyle," Kerwin's email says. "Juice, you can determine for yourself what that refers to!"

"Please think about the message he is sending...make him go to Portland/Seattle where he will be welcomed, not Idaho," the email continued.

Kootenai County Fairgrounds General Manager Alexcia Jordan said the target audience, and most individuals she's heard from who bought tickets for the rap show, are women in their 30s and 40s. She also said a large amount of the feedback has been positive.

"I understand not everything we bring here, whether it is the fair or other events on the ground, may not be everyone's cup of tea," Jordan said. "If you have concerns, just call."

Jordan also denied rumors that a particular group was attempting to join the fair security team. She said the North Idaho State Fair Board, Fairgrounds, and the Kootenai County Sheriff's Office have already collaborated to hire two private security companies for the event.

"One, Crowd Management Services, has worked with us for many, many years. They do events at the Gorge (Amphitheater) and Spokane Arena, so they are no stranger to large-scale events," Jordan told The Press. "The other company (North Idaho Security) is based out of Sandpoint and has a great history in fair business."

Jordan assured that between the three groups — Crowd Management, North Idaho Security, and the Sheriff's Office — she anticipates a great, safe fair.

"Rumors are a horribly nasty thing," Jordan said. "The best thing to do when you think you have a rumor in front of you is to call the source. I am always available to answer requests." 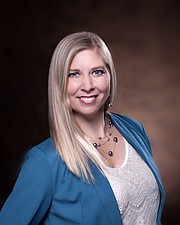