A "Stop the Child Abuse" rally has been planned for noon Monday at the Coeur d'Alene School District office.

The demonstration is in response to Northwest Expedition Academy school counselor Megan Franklin speaking with a student who sought guidance about gender transitioning.

"This has been going on, nobody even told us," the student's grandmother, Janice Camarena of Hayden, told The Press on Friday. "Nobody called us, nobody talked to us."

Camarena said her granddaughter shared with her in November that she had been speaking with the counselor about transitioning.

"Instead of saying, 'You're 10, let’s not make lifelong decisions,' instead of offering her any other thing, 'You’re 10, go play on the soccer field, you’re a kid,' her and the teacher both said they support her," Camarena said. "I have absolutely no words for somebody who doesn't inform the parents. Who talks to a 10-year-old about this?"

Idaho Code recognizes the need for school counselors to address diverse and complicated issues faced by students and their families (I.C. 33-1212). Other than disclosures regarding concerns of self-harm, Idaho Code does not require that a school counselor report the content of communications back to parents, but there are additional disclosure obligations regarding concerns of abuse and/or neglect.

Regardless, it is district practice to have school counselors work together with parents/legal guardians on counseling needs and goals of each student and encourage students to make disclosures directly to their parents.

The Coeur d'Alene School Board intends to review current practices at an upcoming board meeting.

Camarena said she believes this situation counts as self-harm.

"The parents have the right to know, when we’re sending her to a school that’s supposed to be a safe place," she said.

Appalled by not being contacted by the school about these conversations, Camarena contacted MassResistance for help.

MassResistance, a Massachusetts-based organization that bills itself as helpful to pro-family activists, is identified as an LBGTQ hate group by the Southern Poverty Law Center.

MassResistance is calling for Franklin to be fired and said it is working with a member of the Idaho Legislature to introduce a bill in the upcoming session to counter the promotion and acceptance of LGBT behaviors in the schools, in addition to banning counselors from withholding information from parents.

It has publicized this issue and posted a conversation between Camarena and Franklin on its website, as well as attracting comments on social media from people across the country.

Franklin is withholding comment. The student's legal guardian/mother did not respond to a request for comment from The Press.

The Coeur d'Alene School District provided a written statement on the matter:

"The Coeur d’Alene School District is aware of growing commentary, largely perpetuated by an out-of-state group, surrounding a student/family matter involving one of our elementary school counselors. Student privacy laws prevent us from discussing the specific allegations but the District can confirm that these allegations are absolutely misleading and incomplete.

"The District recognizes and supports the rights of parents and legal guardians to make decisions with respect to their child’s educational experience. These rights exist on balance with the school district’s responsibility to support and protect students.

"Our counselors provide critical support services for students and their families and face a wide variety of diverse and complicated issues. These services are guided by state and federal laws, professional standards, and district policy, all for the purpose of promoting children’s academic and social and emotional success.

"We are unwavering in this support of students and their families, and we are committed to making every effort to partner with families in balancing these efforts and respecting parents/guardians’ rights."

The Human Rights Education Institute also issued a statement. HREI said ideally, schools and parents/families can work together in a positive way to support the child.

"Being accepting when kids are asserting themselves around identity and development can be challenging for some parents and counselors. Many families are guided by historical values, religious beliefs and cultural standards, which is understandable, however, not always accepting of gender identity and expression. This can be a very emotional situation for all involved. The most important person is the child and his/her/their feeling of emotional well-being and being able to thrive as their authentic selves in an environment of their peers."

HREI executive director Jeanette Laster said "what we know of this case has been carelessly shared nationally by MassResistance."

The North Idaho Pride Alliance, a volunteer organization of LGBTQ people and allies, said "our hearts are breaking for an 11-year-old human being who needs love, acceptance and validation."

For the young person in the middle of this turmoil, NIPA shared this:

"Find those people who you can trust with your true self and hang on. You have known who you are for a while, those people around you are just trying to find their way too. As you continue to grow into and navigate your identity, know that you are not alone. There are many transgender and gender non-conforming people who are doing amazing things in the world. They are leaders, teachers, pastors, soldiers, doctors, chefs and so much more."

A pro-LGBTQ youth event to counter the "Stop the Child Abuse" rally is in the preliminary stages of planning, but expected to happen within the week. 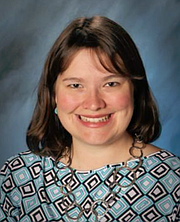