COEUR d'ALENE — With a visit from the accreditation organization looming, some North Idaho College students say they're concerned about what’s ahead for NIC.

Others, meanwhile, aren’t even aware the college's accreditation may be at stake.

Gonzalez said it would be detrimental to dual-credit students like herself if NIC lost accreditation. They would need to do all four years of school at a more expensive university rather than get their associate's and general education credits finished through the community college.

“That puts a lot of kids at a disadvantage, and it’s not even their fault,” Gonzalez said. “It’s a board thing.”

NIC’s planned onsite visit from their accrediting organization, the Northwest Commission on Colleges and Universities, was sparked by a second complaint to the commission over actions of the NIC board of trustees, sent from the Kootenai County Task Force on Human Relations and human rights task forces of Spokane, Bonner and Boundary counties.

Vice President Lita Burns said in an Oct. 31 email to a concerned student that if these concerns are not satisfactorily addressed, it will likely take two to three years for the college to lose accreditation.

The Fast Forward Program through the Idaho Department of Education provides every student attending an Idaho public school an allocation of $4,125 to use toward advanced opportunities, including dual-credit college courses.

“That’s really valuable to a lot of people,” said Anne Kerr, a 17-year-old dual-credit student from Coeur d’Alene High School. “To shut that down and get rid of a lot of people, that’s going to be really tough.”

The only community college in North Idaho, NIC had 5,392 enrolled students in 2020, according to Vice President of Finance and Business Affairs Chris Martin.

“As it is, there are already so many people who can’t afford to go to college,” Kerr said. “Take away the community colleges and leave only universities, (and) even higher rates of people aren’t going to be able to attend.”

If NIC were to lose accreditation, associate's degrees, general education and dual-enrollment credits would no longer be transferable to other Idaho (or other states') institutions, according to the Idaho State Board of Education.

Kerr said she thinks if NIC were to lose accreditation, most students who haven't yet transferred would be discouraged to continue their education, and possibly could not afford to retake classes if needed.

In a letter to NIC trustees dated Friday, the SBOE asked trustees to follow the steps in NIC’s Accreditation Response Action Plan, set aside “parochial or partisan interests” and focus on the students and best interests of the college.

The Press published details of the action plan and possible consequences from the NWCCU on Oct. 29.

Kerr said she worries that the trustees will make decisions affecting NIC’s future and accreditation without thinking about the students.

NIC Trustee Christie Wood said she'll encourage the board to cooperate with the SBOE.

Dana Parsons, a journalism student at NIC and editor for the college’s student news organization, The Sentinel, said gaining a deeper understanding of the situation through writing for the student magazine has led to a lot of stress.

Parsons said that besides possible effects on her degree, if NIC’s accreditation is taken away she'll always live with the fact that she went to a college that lost its accreditation.

“I can’t really proudly say I am an NIC alumnus without having that idea of, ‘Oh, they lost their accreditation,’” Parsons said. “It still affects how I perceive NIC and how people perceive the degree I’ll have.”

Parsons said she also would love to work at a college, and if NIC loses its accreditation, not only will it be a huge job loss for many, but a connection loss with higher education in the Coeur d’Alene area.

“I don’t think I’ll continue my education here if it continues the way it does,” Parsons said.

In the latest issue of The Sentinel, Parsons and other Sentinel members put together a timeline of the actions of the NIC board of trustees to inform students about what’s happening at the college.

Copies of the magazine can be found in racks at NIC’s main campus in Coeur d’Alene.

“I just want people to know what’s going on,” Parsons said. “Talking to students and even community members, I don’t think a lot of people really know, in-depth, everything that’s been going on and how serious the loss of accreditation is.” 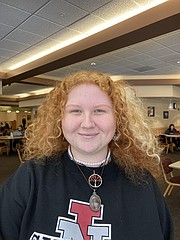 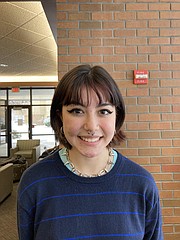 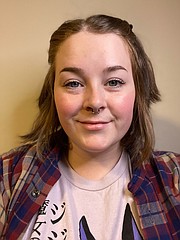