Charles and Dolores Ballo, married 61 years on Aug. 27, from New York, Florida, Sandpoint and now living at a 55-plus community in Hayden. Retired accountant and pilot.

We love and enjoy our three great-great-grandchildren, Charles, Benjamin and Kenneth.

Douglas Janson and Linda Zehm were married on Sept. 1, 1961, in Worley.

This special occasion was celebrated with their children and grandsons. We would like to thank them for all the love and wonderful memories they've given us. We love you!

Woodward and Debra Clouse were married Aug. 28, 1971, at Trinity Lutheran in Coeur d’Alene and are now celebrating 50 years of love!

Woody and Debbie reside in Post Falls where they raised two children, Tara and Jason. Their family has grown to now four grandchildren and one great-grandchild.

Congratulations Mom and Dad! Love from Tara, husband Scott (their children John and his daughter Haidyn, Carter and wife Savannah) and Jason, wife Anesha (their children Hannah and Madison).

David and Terry Traub are celebrating 50 years of love and commitment. They were married Sept. 4, 1971. 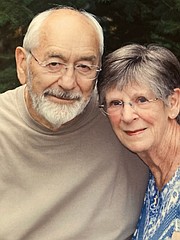 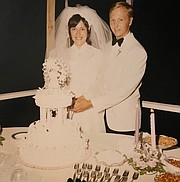 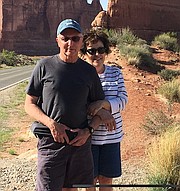