With Saturday’s signature of Senate Bill 1110 into law, the bill’s opponents say Gov. Brad Little likely signed the death warrant for any future attempts by citizens to bring an initiative to November ballots.

“SB 1110 would make it nearly impossible for everyday Idahoans to get an initiative on the ballot," Rialin Flores, executive director for the natural conservation group Conservation Voters for Idaho, said in March. "This bill would make Idaho’s ballot initiative process the strictest in the nation. This bill is an egregious attack on our constitutional rights.”

SB 1110 — shepherded by Sen. Steve Vick, R-Dalton Gardens — requires signature gatherers to collect 6 percent of signatures from registered voters in all 35 legislative districts in Idaho, upping the number of districts from the status quo of 18.

The bill faced intense scrutiny during the committee hearing process, as well as on both Senate and House floors before passing. Little’s signature makes the bill the law of the land.

But opponents are holding out hope that judicial challenges will stop SB 1110 in its tracks. Little himself made note of the likely legal challenges that will stem from the bill’s passage.

“Whether Senate Bill 1110 amounts to an impermissible restriction in violation of our constitution is highly fact dependent and, ultimately, a question for the Idaho judiciary to decide,” he wrote in a letter explaining his decision to sign.

The first challenge is already in the works. Leadership for Reclaim Idaho, the last organization to successfully get a citizen initiative on the ballot, said Saturday they intend to file a lawsuit against the newly signed law.

“In the face of massive public opposition to this legislation, the governor has turned his back on the people and sided with special-interest groups,” Luke Mayville of Reclaim Idaho said within hours of the signing. “Clearly, this anti-initiative legislation is unconstitutional. It makes it virtually impossible for everyday citizens to exercise their initiative rights. This fight is far from over, and we now look to the courts to uphold the Idaho Constitution.”

The Idaho chapter of the American Civil Liberties Union wrote Friday in its urgings for Little to veto the bill that SB 1110 violates the first and 14th amendments of the Idaho Constitution.

“Idaho already has one of the most onerous ballot initiative processes in the country,” the civil rights group wrote. “Changing the amount of needed signatures to 6 percent from each of the 35 legislative districts will make it nearly impossible for initiative sponsors to collect the required signatures in the allotted time period.”

On Sunday, one day after Little signed the legislation into law, Idaho’s ACLU re-tweeted an ominous fact that Idaho’s Constitutional Defense Fund hasn’t won a case in 25 years, highlighted with the comment, “We’re just going to leave this right here.”

Vick has repeatedly stood by the bill, saying it guarantees that all legislative districts will be involved in the initiative process, rather than have out-of-state funding target select, more-populated districts.

“This guarantees that all corners of Idaho will have a say in what goes on the ballot,” Vick told the Coeur d’Alene Press on April 7.

But opponents contend that raising the bar to such a high mark would all but guarantee citizens resorting to out-of-state organizations with enough structure to put together a successful signature drive.

“This would effectively block grassroots initiatives from making the ballot, while leaving the path wide open for big-money organizations from out of state,” Reclaim Idaho released in a statement.

Mayville summed up what he sees as SB 1110’s future in a tweet of his own Monday.

“Governor Little and the Legislature are deluding themselves if they think this is just gonna blow over,” he wrote. 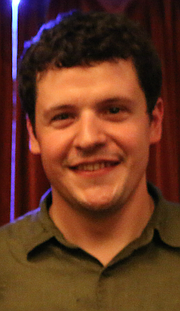