THE FRONT ROW WITH JASON ELLIOTT: Phelps saves the perfect one for state

During her women's league play on March 4 at Sunset Bowling Center in Coeur d'Alene, Paula Phelps was so close to a 300 game, it was almost too much for her to take.

“I was so nervous toward the end,” Phelps said. “My adrenaline was going so strong that it took me a while to finish. I had to get my breathing under control and my heart rate was going so fast. It just took forever.”

On that night, Phelps finished with a 298.

THE PAST two weekends, Phelps has participated in the state women’s bowling tournament at Sunset.

State is an open tournament, with a team event, doubles event and a singles event, with three games in each. The tournament runs through April 18.

Her last singles game — the final of six games that day — was one to remember, as she rolled a perfect (300) game in her final game of the tournament.

It was her second career 300 game. It was the first perfect game rolled by a female at the Idaho state tournament.

“It almost felt like coming so close in league was a precursor to not being nervous this time,” Phelps said. “In the 10th frame, I just made sure I went fast. My heart rate was up a little bit, and it was something where everyone stopped what they were doing and started watching me. I just figured God wanted something better for me than a 300 in league.”

Even though she’s competed at Sunset numerous times, conditions have been altered for the state tournament.

“Bowling centers, they have machines to lay down a certain amount of oil on each of the lanes,” Phelps said. “And there’s more oil in a tournament setting and in leagues, with a little tougher lane conditions.”

Phelps used six different balls during the span of the tournament.

“I really didn’t bowl spectacular outside of the one game,” Phelps said. “I just tried to determine which one would work the best and know when to switch them when I needed to.”

Having played her team round in the previous week played to her strengths.

“You can prepare your equipment beforehand and alter the surface of your ball,” Phelps said. “I just got the right mix and it all came together at the end.”

FOR PHELPS, it was a long process from her first perfect game over a decade ago during a tournament in Spokane.

“I’m 56 years old, and starting to go the other direction now,” Phelps said. “I kind of feel like it’s icing on the cake to a really good run. I’ve had surgeries for a torn rotator cuff and torn bicep from all of those years of bowling. I was just really tickled.”

Phelps added that to keep things loose in the later stages of the game, she was talking to the others at her table.

“I just wasn’t as nervous at state as I was in league,” Phelps said. “I kept asking the other girls what they were going to have for dinner to pass the time.”

Phelps participates in leagues at Sunset and River City Lanes in Post Falls.

“I’ve never thrown a 300 at my local house (bowling center),” Phelps said. “I’ve always wished I could do it in my place.”

When the moment happened, it was pretty special.

“My husband Chuck said he got teary eyed too,” Phelps said. “I was trying to hold it in and the entire place was quiet. When I threw the last ball, I really didn’t know what was going to happen, but it crushed the pocket. It was a wonderful feeling. Once I turned around, everyone came up and started hugging me.”

Phelps has taught a course on bowling skills for the past 10 years at North Idaho College.

“It’s not just about bowling, but relationships and trying to lift up the students with team camaraderie and relieve stress,” Phelps said. “I try to make it fun and not stressful. It’s been nice to be able to teach what I love to do.”

And Phelps plans on playing as long as possible.

“I know a guy, Dennis Barnes, and he’s in his 80s,” Phelps said. “I plan to keep going as long as I can and am able to. My mom is 92, and basically had to stop bowling because of COVID. If it wasn’t for that, she'd probably be playing right now as well.”

Jason Elliott is a sports writer for The Press. He can be reached by telephone at (208) 664-8176, Ext. 2020 or via email at jelliott@cdapress.com. Follow him on Twitter @JECdAPress. 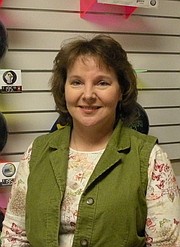