Education took center stage Wednesday night as three Democratic candidates met with constituents in a show of solidarity in preparation for the November election.

“(Idaho politics is) unbalanced, and we need a new way of doing things,” Chris Matthews, candidate for the Idaho House’s District 3 A seat told the few dozen Zoom audience members. “… We can’t quit. We’ve got to continue.”

Matthews, who is challenging Republican incumbent Rep. Ron Mendive for the 3A seat, touted his enlistment in the Navy as one of the defining decisions of his life that propelled his dedication to service. He said this foray into politics is the beginning of a 10-year adventure to run for office, regardless of November’s outcome.

“We’ve got to treat this like a marathon, not a sprint,” he told the virtual crowd. “This area has a history with strong Democratic roots. Idaho voted to give women the right to vote 24 years before this country did.”

Matthews said he is running on a platform close to the American and Idaho constitutions, principles he hopes to employ as he tries to tackle the state’s education crisis and the plight of working families.

Teresa Borrenpohl, who is running on the Democratic ticket against Republican incumbent Rep. Tony Wisniewski for the 3B seat, echoed a similar commitment to education, saying education was the cornerstone of her campaign, and that even in the midst of a financial crunch due to COVID-19, Idahoans should expect more spending per pupil than the state’s dead-last ranking.

Shari Williams, who won her primary in a write-in campaign, is running opposite Sen. Mary Souza for her District 4 seat, said she is running on a platform to repair the health of Lake Coeur d’Alene, raise local wages and overcome the shortfall in education funding.

“Education is extremely important,” Williams said. “We have to pull ourselves out of the bottom. We’re no longer 50th; now, we’re 51st. We can do better.”

After giving introductory speeches, the attendees joined different Zoom rooms and posed questions to each candidate as they rotated through. The questions dealt with everything from impact fees to pay for education to energizing the Democratic base in North Idaho to the role of militias in the political narrative. Candidates were then given a few minutes to give closing remarks.

“Coming together like this is fantastic,” Borrenpohl said, “because it helps me learn what matters to you, and how to advocate for you.” 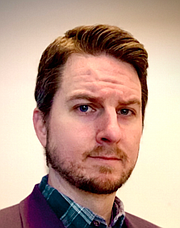 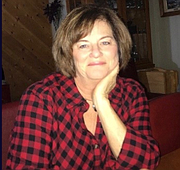