SAN BRUNO, Calif. – For the 19th time in the last 20 seasons, the Gonzaga men's basketball team was selected as favorites in the West Coast Conference preseason coaches' poll.

The annual poll, along with the WCC preseason team, was released at the league office Monday.

Joel Ayayi, Corey Kispert and Drew Timme were all named to the conference’s preseason team. Preseason All-WCC voting is restricted to returning student-athletes. Incoming freshmen and transfers are not eligible for consideration.

Ayayi, who was named the 2020 West Coast Conference Tournament Most Outstanding Player, appeared in all 33 games last season, starting in 23. The redshirt junior was selected honorable mention all-conference in 2019-20. He averaged 10.6 points, 6.33 rebounds (which was eighth in WCC), 3.21 assists (11th in WCC), and 1.27 steals (10th in WCC) per game. He was fourth in the conference with a 2.08 assist-to-turnover ratio.

Kispert was a finalist for the Julius Erving Small Forward of the Year Award last season, and was all-WCC first team. The senior was 11th in the West Coast Conference in points per game (13.9) and ninth in minutes played per game (32.9). The Edmonds, Wash., native led the team in three-point made field goals (78) and made 81 percent of his free throws. He shot 43.8 percent from behind the arc last season.

Timme is the only sophomore on the league’s preseason team. Last season, the Dallas native appeared in all 33 games, averaging 9.8 points and 5.4 rebounds. He was third in the conference with 31 blocked shots. During his freshman season, he led the team shooting 62.1 percent from the field and was third in WCC making 62.3 percent of shots inside the arc. Timme recorded three double-doubles in 2019-20, and reached double-digit scoring in 16 games.

With the exception of 2017-18, the Zags have been first place in every West Coast Conference preseason poll since 2001. GU received nine of the league's 10 first place votes in this year's poll. Coaches are not allowed to vote for their own program. BYU collected the other first place vote in this year’s poll. The Zags had 81 points in the poll, while BYU was second with 69 and Saint Mary’s was third with 63.

Pepperdine was fourth in the preseason poll with 57 points, while San Francisco rounded out the top half of the league with 52 points. Santa Clara (38 points) was sixth, followed by Loyola Marymount (33), Pacific (31), San Diego (16) and Portland (10). 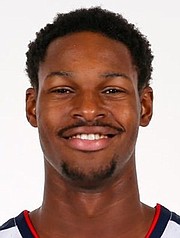 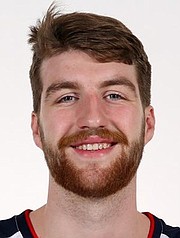