Woody McEvers and his Rustlers Roost are doing all right, thank you. Maybe better than all right.

The restaurateur who has doubled as a Coeur d’Alene councilman for 19 years, has faced the same challenges as others in his business.

He has scrambled to find bacon and hash browns that are essential for his popular breakfast menu. For four weeks, he didn’t serve chicken fried steak because he couldn’t get veal. He’s trimmed his menu from 83 items. The liver on Sundays is gone. Ditto for the meatloaf.

He and his crew have strived to keep customers comfortable while limiting capacity.

Despite these obstacles, business has been good. In fact, since Woody reopened Rustler’s Roost, the bottom line is running ahead of last year.

Customers are willing to wait in their cars until a spot opens in the dining room. And the diners? They aren’t lollygagging. They eat and leave. Other restaurant owners have told Woody that the same thing has happened to them.

So says a man who sees his glass as half full and filling.

In a quiet corner of the quiet art park near Head Start at Harding Family Center stands a metal teepee that honors a well-loved man who dedicated his life to childhood education: Charlie Brown. You may not know Charlie because he died in 2011 after moving to Arizona with his wife Charlotte, a former Coeur d’Alene Press reporter. But friends like Mary Lou Reed, Doug Fagerness, and Tom Hearn remember him well. He was a gentle soul and a long-time guiding light for Head Start in North Idaho.

Believe it or not, the teepee by artist Allan Dodge — with its cutout stars, hands, hearts, flowers, and turtles — was a perfect memorial for Charlie. Hearn, a former Coeur d’Alene school trustee, recalls Charlie living in a teepee when they both attended Chico State (Calif.) around 1970. Charlie also lived in a teepee when he moved to North Idaho. The memorial includes a plaque with words from Paramahansa Yogananda that sum up the life of Charlie Brown: “Kindness is the light that dissolves all walls between souls, families, and nations.” Our divided country could use a triple dose of kindness.

Twenty-five years ago, the Coeur d’Alene Press published a front-page story with an odd fact. National Geographic had highlighted the attractions of the Lake City and a few other communities on a map of Rocky Mountain states. CdA was singled out for its “lakes, mountains, small-town Americana, and (drum roll, please) a thriving trade in antiques.”

When asked about the antiques, Robert Singletary, then spokesman for the Convention & Visitors Bureau, shrugged and said National Geographic wasn’t that far off: “Antiques are really beginning to pick up here. For the size of the town, we have a lot of antique stores.” True. But antiques? A top attraction?

Poet’s Corner: They daily stand in danger’s way/to shield us from the beasts of prey;/embrace them all with love divine,/and please protect their thin blue line — The Bard of Sherman Avenue (“A Prayer for Cops”).

Sign of the Times (at a mobile home court on Wyoming Avenue near the Kootenai County Airport): Silhouetted figures of an old man and an old woman bent over their canes, with the words: “Slow: Drive like your parents lived here.”

At a school reunion in 2008, LaDonna McCaw Beaumont of Coeur d’Alene recalls one of her G-Prep classmates referring to Riverstone as “the biggest loser.” We were in the depths of the Great Recession. Riverstone was discounting condos and doing what it could to survive. I remember hearing similar cracks about John Stone’s massive project. Fast forward 12 years, and Stone appears to be laughing last and longest.

In that TV commercial of bygone days, the Maytag repairman was purportedly the loneliest man in town. The same might be said for the woman on the eastern edge of McEuen Park who was collecting signatures in a vain attempt to recall Gov. Brad Little for his COVID-19 actions. She was getting few if any takers early Wednesday afternoon.

Silly me. Did I say the Dagastines streak for dining out ended at 60 consecutive days? Technically, it did, I suppose. But habits are hard to break. As you recall, Gary and Beth have been dining out for the last two months to support local restaurants in this time of the C-Bug. This week, after returning home from work tired, Gary decided he and Beth would sup in their 20-foot travel trailer again. Only this time, they let Domino’s do all the work, including delivery.

Pizza, AC to go with the TV, and thou. Almost heaven in this paradise we call home.

D.F. “Dave” Oliveria can be contacted at dfo.northidaho@gmail.com. 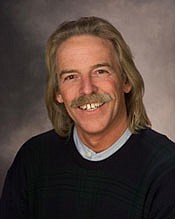