A Friday afternoon letter signed by Mayor Steve Widmyer and the Coeur d'Alene City Council expressed support for the rights of armed citizens who have been patrolling downtown since Monday.

“It’s tough,” said Councilman Dan Gookin, “because the cops want to stay neutral. The cops want to do their job. We are the ones who take positions on this. But everyone’s been behaving marvelously. There’s been a lot of people downtown — I’m going to call them ‘militia,’ because I don’t know what else to call them. There’s been a lot of militia downtown, and they’ve been acting responsibly.”

Rumors of the left-wing anti-fascist protest movement Antifa coming to Coeur d’Alene drew hundreds of men and women with firearms to the downtown district in the past four days. They said they were there to protect businesses and the rights of Black Lives Matter protesters.

Protests over the death of George Floyd have swept cities across the country, sometimes leading to violence, property damage and looting.

Gookin said city officials have been getting emails over the past few days from citizens who are concerned about people openly carrying rifles and handguns on Sherman Avenue.

“I know there’s a lot of people who are uncomfortable and don’t feel safe,” Gookin said. “We’ll never know if the militia dissuaded outside agitators from coming here. But they behaved very well, and nothing happened to our town.”

Councilwoman Kiki Miller said she was encouraged by the unified message.

"The entire council has confidence in our local law enforcement agencies to manage these situations,” she said.

The full text of the letter is below.

"A message to our citizens:

Over the past tumultuous week, our citizens have experienced many strong emotions and witnessed several demonstrations over the senseless death of George Floyd at the hands of members of the Minneapolis Police Department. The majority of protests have been peaceful, but cities around the country have also endured violence, looting, and riots. This is understandably frightening and disturbing.

The message from Mayor Steve Widmyer and Chief of Police Lee White has been a consistent one of equal protection under the law for all citizens and an expression of remorse for all victims of racial injustice. We continue that message today and are committed to providing peaceful, calm avenues of protest for all citizens.

We are fortunate to have a Chief of Police and command staff that routinely train on use of force. They are considered experts in their field and strongly support accountability for any actions inconsistent with the honor of being a law enforcement officer.

Many citizens have inquired about the armed individuals who have been seen intermittently in the downtown area throughout this week. We support the rights of all citizens to express their freedoms granted to them under the U.S. Constitution and Idaho law. We realize that to some citizens the sight of heavily armed individuals is unnerving, yet to others it is reassuring.

Government must always remain content neutral and not pick and choose whose rights to protect. We, the Mayor and Council, have the utmost confidence in the Coeur d’Alene Police Department (and their coordination with other local law enforcement agencies) in their ability to protect our community, and keep our citizens safe. They are expertly trained, well-staffed, and capable. We trust that they can skillfully manage any situation that may arise.

The City of Coeur d’Alene has a long history of supporting and promoting human rights, civil rights, and dignity for all. We continue to be committed to these ideals and ask for all citizens to show compassion for those who are hurting. Please continue to be good neighbors and let’s all work together to effect positive change." 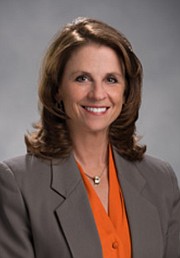