Four days after the Panhandle Health District’s board voted to issue a mask mandate for Kootenai County, county commissioners addressed the process for removing board members.

“One of the things that came up after the last Panhandle Health District (meeting) was, who elected various members (to the board)?” commissioner Bill Brooks said Monday. “I did some looking, and: Nobody elected them. They were appointed at one time. I would like to see it in the future … but always be somebody who’s elected, preferably somebody from the board of commissioners, preferably whoever is serving as chair of the board. And then, if people want to say ‘I want to un-elect you or recall you,’ then people have some sort of (recourse). And right now, there isn’t.”

Brooks’ comments came after a weekend of public discord over the board of health’s mask mandate, which raised the ire of many in the community who asked for the replacement of certain board members — specifically nurse Jai Nelson and Dr. Richard McLandress — who voted to mandate the wearing of masks in all public spaces within Kootenai County.

“I’m sorry that it got around that today was going to be all about a representative,” Brooks said. “I never said that. Someone else put a little mustard on it and sent it around. I got about 125-130 emails: 70 want a replacement, and the rest of them want to award a medal of honor. So what are we going to do here? But I think people in that position should be responsive to the voters.”

The issue of replacing board of health members was originally scheduled to be discussed in executive session, but that private session had to be removed, as the agenda item was not noticed properly. Commissioner Chris Fillios said discussing any board member by name would be inappropriate.

Fillios then cited Idaho code 39-411, which requires that one member of the board should be a physician, that there be no more than one member in the same professional or interest group, and that all members should demonstrate either an education or interest in the field of health. He then specified the process for appointing or removing a board member, which requires a vote.

“It takes the majority vote of the 15 county commissioners, three from each county,” he said. “This is state law, folks. We don’t write these. These are the laws as prescribed and voted on and passed by your Legislature.”

None of the Kootenai County commissioners serves on the board of health, an issue commissioner Leslie Duncan said should be addressed.

Brooks also said the county building at Northwest Boulevard and Government Way became ground zero for anti-mask protests during and after the board meeting. Approximately 500 people showed up Thursday, the vast majority to protest the prospect of a mask mandate.

“I don’t like the fact that last Thursday, we had a circus out in front,” Brooks said. “The thing is, Panhandle Health has their own building and a big parking lot. We can take a few more people in this room than they can, but my gut is, we couldn’t get everybody in here.”

Brooks said the behavior of the attendees in the meeting and the protesters outside left a foul taste in his mouth, including that by a woman who was hauled out by a Kootenai County Sheriff’s deputy after disrupting the meeting and approaching the board, as well as the actions of anti-maskers inside and outside the courthouse.

“I felt bad when people were defacing county property, and (people) had kids out there,” Brooks said. “This is not a carnival. This is serious business. And then, when people came into the room … and were screaming, and some of them were screaming obscenities. I’m a conservative, and most of the people who did that were conservative by their own description. That was embarrassing for me as a conservative. I would urge people: Please, can we be civil? Can’t we just be civil with each other?”

Fillios said he will work with Panhandle Health District to negotiate a different venue for future meetings.

Online cries for removing Nelson and McLandress from the board developed into more organized meetings to push for both board members’ expulsion. While none of the commissioners mentioned names, members of the public who showed up Monday firmly pointed out Nelson and McLandress — both from Kootenai County — as a target of their joint ire.

“The reason I would like to see Jai removed is because it, to me, is inhumane to require children over the age of 2 to wear a mask,” Coeur d’Alene’s Ann Seddon told the commissioners. “No. 1, they’re not at risk, really, hardly at all. And the other thing is, essentially, this is creating a situation where schools can’t open. You’re not going to have a 5-year-old and a 6-year-old — little boys — sit there for five hours with a mask on. This is child abuse.”

“I’m here to basically just talk about my disgust for what happened on Thursday by the unelected board members,” Jeff Tyler of unincorporated Kootenai County said before he implied a lawsuit in the board’s future. “I implore you guys to consider changing them. We had two board members from Bonner County that they seem to have rational explanations and votes on that, but then the two from our county … I don’t know where they came from.”

Neither Nelson nor McLandress could be reached for comment on this story. Nelson is a registered nurse and former Kootenai County commissioner. McLandress is an M.D. who serves as the Coeur d’Alene resident medical director for Kootenai Clinic Family Medicine. 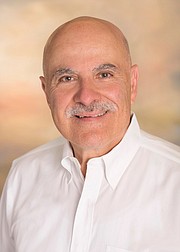 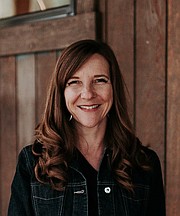