Grace and Frank Jaminet, both of Detroit, Mich., began their courtship during the ’60s when they were both employees of Ford Motor Company and Olympia Stadium. They married in Detroit on July 31, 1970.

From there, they moved to Fraser, Mich., and gave birth to their only daughter, Jennifer. The first half of their marriage was mostly spent in the Midwest; however, this changed when their daughter, Jennifer, moved to Idaho in 1999.

Due to COVID-19, vacation plans to the Caribbean are on hold; they will be celebrating at Cedars Floating Restaurant with family.

Pat and Vic’s children: Kathryn, Nathan and Meredith are proud to announce their parents’ 50th wedding anniversary. They were married on Aug. 3, 1970, at the LDS temple in Salt Lake City, Utah.

In 1990, they returned to Coeur d’Alene (Pat’s hometown) to settle down, be near extended family and enjoy the beauty of this area. Following Vic’s retirement from the USAF, he worked in IT for the Idaho Department of Health and Welfare and Panhandle Health District. Pat worked for Head Start, Parents as Teachers, School Indigo and as a private tutor.

For many years, Vic was an avid skier and has been active in ham radio since the 1960s. Pat has always enjoyed creative writing and more recently, photography. They enjoy visits from their three children and seven grandchildren.

Western Washington University alumna Jordan King, of Coeur d’Alene, was recognized this spring as an outstanding graduate by university faculty. King is a graduate of Lake City High School, and graduated with honors from Western in June with a bachelor’s degree in economics and Spanish, with a minor in mathematics.

King was a student researcher at Western’s Center for Economic and Business Research, where she researched the impacts of education in Whatcom County. She was also a student leader on campus, serving as president and logistics officer for the WWU International Affairs Association. Off campus, King volunteered for the Northwest Model United Nations Seattle Conference, where she served as assistant director of the conference’s Commission on Crime Prevention and Criminal Justice. More recently, King has volunteered as a Spanish and math tutor to students in need of assistance because of COVID-19.

Looking ahead, King said she will pursue a master’s degree in economics at Miami University in Oxford, Ohio. 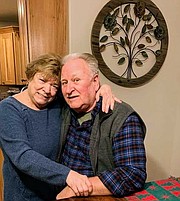 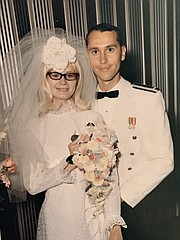