Today marks the 50th anniversary of the modern environmental movement. Over one billion people in 190 countries will celebrate the largest secular observance in the world.

“This planet is threatened with destruction and we who live in it, with death,” Professor Barry Commoner, one of the founders of modern ecology, said in a speech at the first Earth Day celebration on April 22, 1970.

That same year, Time magazine put Dr. Commoner on its cover and called him the Paul Revere of ecology, the New York Times reported in Commoner’s obituary in 2012.

In the Idaho Panhandle, conservationists were standing in the mine-like dark waving their metaphorical flashlights, but it was too vast a darkness and too little light.

That is, until Mary Lou and Scott Reed formed two organizations critical in bringing conservationists together to protect wild lands and open spaces in the state. In 1972, the Reeds and Art Manley, who would become a state senator, founded Idaho’s first environmental nonprofit, Kootenai Environmental Alliance, alongside representatives from local and regional organizations.

“We felt that we needed to band together,” Mary Lou Reed said. “There was an obvious leader in Art Manley, who had lost an election. Sometimes losing an election isn’t all that bad.”

The following year the Reeds established the Idaho Conservation League to advocate and lobby for land conservation throughout the state.

The Reeds had found their way to Idaho because of the plentiful water and year-round recreation.

“Sometimes it's so easy to take it for granted, because it's just there,” Reed said, regarding the abundant public land in Idaho. “It's a gradual appreciation. You have to go to other places to recognize that we are fortunate to have it.”

The next generation of land managers and conservationists has taken up the fight that the Reeds began.

Greenwood manages nearly 500 acres of city parks and natural areas. The city plans to include more open space as it drafts its next master plan.

When asked where she planned to celebrate Earth Day, Mary Lou Reed chuckled.

“Now I’m not going to tell you all my secret spots,” she said with a smile, before elaborating that she would probably spend the day close to home in one of her favorite places: McEuen Park. She had spent a recent Sunday afternoon in the park, watching teenagers play Frisbee while keeping their social distance.

“It was just a joy to watch,” Reed said. “We’re all sort of coming out from our winter and our solitary homes. I enjoy watching, just being in the open space, just being outside.”

ICL and KEA continue the work to keep those open spaces alive.

The organization grew from a league of volunteers scattered throughout the state to a staff of over 20 professionals based in Boise with the ability to track and work with the state Legislature.

“Idaho is a politically conservative state, but what unites us all is our appreciation for the outdoors,” Hayes said.

KEA was recently awarded the Coeur d’Alene Education Association “Friend of Education” award and Idaho’s Brightest Star Award from the Governor’s Office of Service and Volunteerism.

While Hayes is proud of the ICL’s accomplishments, he was especially bolstered by Idaho Power’s decision in 2019 to halt half of its participation at Nevada’s Valmy coal fired power plant.

“This was the culmination of much ICL work and a very big step forward in addressing Idaho’s response to climate change,” Hayes said.

Idaho Power has announced plans to end all participation in operations at Valmy by Dec. 31, 2025.

“The choices we make in our everyday lives, what we consume, how we get from place to place, products we purchase, waste we produce etc. have vast planetary consequences,” Anderson said. “This pandemic has allowed us to glimpse a future of a cleaner environment and realize it is possible to achieve if we all just live a little simpler.”

Hayes said the public health threat of coronavirus has taught communities how to come together.

“There are major threats to Idaho’s, the nation’s, and the world’s environment that also require united action such as combating climate change and defending against rollbacks to laws that protect our clean air, clean water, and public lands,” Hayes said.

When asked what she would like to highlight on Earth Day, Reed said: “My concern this year is the preservation of the quality of water in Lake Coeur d’Alene. We need the EPA and the state to step in with dollars to protect it.”

Anderson, without question, said the lake’s health is of paramount concern for the environmental and economic health of the region.

Hayes believes people throughout the state, regardless of political opinions, agree with ICL’s vision: “an Idaho where public lands remain public and are well managed, air is clean, lakes and rivers are healthy, fish and wildlife thrive, and a prosperous, sustainable future exists for all Idahoans.” 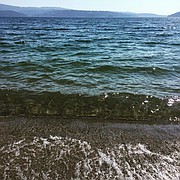