Interim Hayden Mayor Scott Forssell is sworn into office Tuesday with wife Stephanie Snook by his side.
Courtesy photo

During the interim mayor interviews May 2, Forssell shared how passionate he is about transparency in government and following the will of Hayden citizens, as well as working through conflict and bringing people together in an amicable, productive way.

One of Forssell's top concerns is the effect of residential growth and the loss of Hayden’s "small town feel."

During his career with the U.S. Bureau of Land Management, he was instrumental in acquiring conservation lands from willing landowners. He also processed and administered rights-of-way for roads, power lines and other utilities across public land in North Idaho.

Forssell has a desire to make the city of Hayden a better place than it already is by supporting businesses and citizens. Following his swearing in as mayor, he stated that he would like the city to "turn down the heat and turn up the conversation.” He is looking forward to working with city staff and serving the citizens of Hayden for the next 20 months. 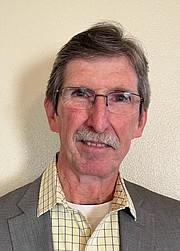