We weren’t ready to let her go, but take comfort in knowing she was ready and is not suffering anymore. Jena passed to her heavenly home on May 7, 2022. She was a warrior and fought cancer for three years, but it had returned. Jena was born April 10, 1967, in Coeur d’Alene, Idaho. Growing up she was in Camp Fire and 4-H. At Lakes Junior High she loved being on drill team and track, and she played the trumpet in band and took piano lessons. She graduated from Cd’A High School in 1986.

As kids, Jena, her older brother and younger sister, were the Three Musketeers and Cd’A was their personal playground. She was so creative and always took playing to the next level. They had epic plays and backyard campouts, built leaf and snow forts, had endless fun at the city beaches and Wild Waters. They were also fortunate to have numerous visits at their grandparents' cabin on Newman Lake, and horseback riding and playing at the family farm.

Camper camping was a constant and there were many outdoor adventures at Red Ives, by the St. Joe River, Yellowstone, Canada, and skiing on Priest River and Payette Lake in McCall. My family remembers how she would spend hours putting on makeup and fixing her hair, then she would waterski off the dock and return to it without getting a single hair wet.

Jena attended North Idaho College, where she met her first husband, Rod Gruber. They were married and moved to Kettle Falls, Wash., in 1990 and later to Colville, Wash. In her 20s, Jena was blessed with two daughters, Jacqualine and Annalisa, and she loved being their mama. They had fun baking and doing crafts together that they would enter in the Colville Fair. She had many friends from the different jobs she worked there and the church she attended. She had a gift of making anyone laugh and would spend time singing karaoke and going line dancing. Jena was blessed with many talents like drawing, writing poems and children’s stories, making cute crafts and she had the most beautiful voice. She sang in church choirs and was Adelaide in the play "Guys and Dolls" and a nun in "The Sound of Music."

Jena would later meet Salomon Lopez. They moved to Wenatchee and were married Sept. 16, 2006, at Ohme Gardens. They had one son, William. All of her children possess so many of her talents and have a sense of humor and kind heart just like her. Her love and pride for them, along with her four precious grandchildren, was never unwavering.

Jena, Solomon and their son moved to Huajuapan de León, Mexico. She was very happy living there and cherished her friends and husband’s wonderful family. She taught English and her students adored her. She loved decorating for holidays, cooking, and taking care of her patio garden. Jena was forever strong in her faith, she loved and cared deeply, had a silliness about her, and a heart of gold. She was so grateful to her mama for all she instilled in her and for all those who loved and helped her along the way, especially in her health battles.

Her loss will be felt by everyone who loved her. We will love, cherish, and remember her always. Her husband and family gave her a beautiful burial ceremony with nine days of prayers with family, friends and neighbors attending. She was laid to rest in Huajuapan de León, Mexico. 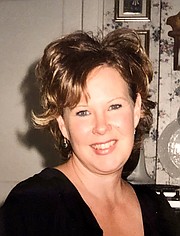