The Salvation Army Kroc Center announced the hiring of Amy Voeller as director of development.

A longtime resident of Kootenai County, Voeller brings a passion for community, youth and nonprofit advocacy to this position, said a news release. She currently is serving on the Coeur d’Alene Regional Chamber Education and Nonprofit Committees, the Safe Passage Board of Directors, and is a member of the Coeur d’Alene Rotary Club.

“I thrive in community and in building relationships,” Voeller said. “I am thrilled to join The Kroc Center to promote the mission of The Kroc and support the on-going work of transforming lives.”

Development of The Kroc Center was made possible by a $70 million combined capital and endowment grant from a bequest to The Salvation Army by the late Mrs. Joan Kroc, widow of McDonald’s founder Ray Kroc. As a condition to the significant Kroc grant, the community also raised $8 million locally, representing a total community investment of nearly $80 million. The Kroc Center does not receive any funding from taxes, and the endowment solely funds operations and facility maintenance.

Voeller will work closely with established donors, prospective donors, and the community at-large to share stories of impact and build long-term sustainability for Kroc programming and ministry.

“It is because of the incredible generosity of the community that we can offer such a wide variety of programming at The Kroc,” said Executive Director and Corps Officer Major Gilger. “We want to continuously and nimbly live into the needs of the community. Amy will be in the community every day, leveraging resources and support so that we can do just that.”

Voeller joins The Kroc Center after spending the last several years working in donor relations, community engagement and volunteer stewardship for Innovia Foundation. She holds an M.Ed. in Counseling and Human Services from the University of Idaho.

Following a national search and recruitment process, Spokane International Airport is pleased to introduce Amy Anderson as the manager of Properties and Contracts.

In this position, Anderson will be responsible for negotiating, implementing, and managing leases and contracts as well as overseeing risk management and property development at Spokane International Airport, Felts Field and the Airport Business Park. Anderson joined the team on May 16.

Anderson has a strong background in property management, leasing, financial administration, and marketing. She has worked in several roles with the federal government as well as private sector companies. Most recently she served with the U.S. Bureau of Reclamation as a Realty Specialist and Transaction Manager. Anderson earned a bachelor’s degree from Washington State University and holds a Washington State real estate broker’s license.

Edward Jones, a FORTUNE 500 firm, provides financial services in the U.S. and through its affiliate in Canada. The firm's nearly 19,000 financial advisors serve more than 8 million clients with a total of $1.7 trillion in client assets under care. Edward Jones' purpose is to partner for a positive impact to improve the lives of its clients and colleagues, and together, better our communities and society. Through the dedication of the firm's 50,000 associates and our branch presence in 68 percent of U.S. counties, the firm is committed to helping more people achieve financially what is most important to them. The Edward Jones website is edwardjones.com and its recruiting website is careers.edwardjones.com. Member SIPC.

The four-branch conversion gives STCU 38 branch locations, all in Eastern Washington and North Idaho. The Hayden Branch gives STCU a total of six locations in rapidly growing Kootenai County. The three new Washington branches all in Stevens County, home to 4,300 existing STCU members and the most commonly requested location for an STCU branch.

“We’re happy to be able to reward those members’ patience, and strengthen our commitment to rural communities,” said Ezra Eckhardt, president and CEO of the Spokane-based credit union. “While members increasingly turn to digital tools like the STCU mobile app for everyday transactions, a face-to-face visit remains foundational to the STCU experience.”

“Banner’s team and ours have worked together to ensure this conversion is as seamless as possible for our new members,” Eckhardt said.

“Dan brings in-depth technical knowledge, exemplary communication skills, and the ability to build and maintain strong relationships,” said Carey McNeal, Partner at Buffington Mohr McNeal. “These skills are the hallmarks of both financial advisors and elite coaches. Golf, like investing is a test of discipline, nerves, and patience. With his extensive connections in the Pacific Northwest and his acumen for financial strategy, coaching, and communication, we believe Dan will help us to continue to grow our position as a premier wealth management firm.”

Potter spent eight seasons with Boise State and was the 2021 Mountain West Coach of the Year. He led the Broncos to back-to-back NCAA regional appearances in 2020-21 and 2021-22. The Broncos won five tournaments under Potter. Student-athletes coached by Potter earned two All-America honors, two conference golfer of the year awards, four all-conference selections, a conference freshman of the year award, 11 individual tournament titles, including two conference medalists.

Originally from Coeur d'Alene, Potter played collegiate golf for The University of Washington from 2000-04, helping UW teams get to 4 National Championships and was an All Pac-10 Conference selection in 2004. He earned a bachelor's degree in political science. He was an assistant men’s golf coach for the Huskies before taking over at Boise State in 2014.

Potter will be responsible for developing new client relationships as well as helping current clients of the firm define and implement their wealth management strategy. 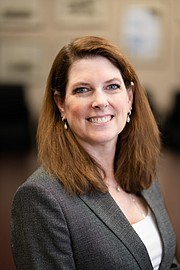 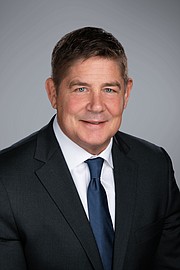 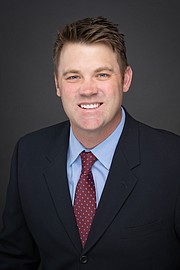