More than a Band-Aid needed for Cd'A schools

A massive pothole can be seen in the asphalt at the entrance to Lake City High School. The Coeur d'Alene School Board on Monday will consider a school plant facilities levy that, if approved, would address deferred maintenance projects and repairs throughout the district.
Photo courtesy of the Coeur d'Alene School District

Safety and security updates and a host of repairs are desperately needed across the Coeur d'Alene School District.

The district has more than $25 million in deferred maintenance — projects and repairs that have been needed for some time.

The average age of Coeur d'Alene public school facilities is 30 years, which means students are surrounded by buildings and equipment as old as, or even older, than their parents.

That age is showing, and it's only going to get worse. If nothing is done, that $25 million in facilities work needed now will increase to $68 million by 2027.

"It just snowballs and keeps getting bigger and bigger every year," said Coeur d'Alene Superintendent Shon Hocker. "We have to get a handle on this deferred maintenance, or it's going to become a bigger issue."

Each possible levy would be for a set amount each year for 10 years, and would require 55% voter approval for passage. If approved, the money would annually go into a capital projects fund to cover construction costs, while avoiding interest costs to borrow the funds.

The three options trustees will consider placing on a ballot are:

1) A 10-year school plant facilities reserve fund levy of up to $7 million per year. This would have an estimated annual average cost to the taxpayer of $43.78 per $100,000 of taxable assessed property value, per year, based on current conditions.

2) A 10-year school plant facilities reserve fund levy of up to $8 million per year. This would have an estimated annual average cost to the taxpayer of $50.03 per $100,000 of taxable assessed property value, per year, based on current conditions.

3) A 10-year school plant facilities reserve fund levy of up to $9 million per year. This would have an estimated annual average cost to the taxpayer of $56.29 per $100,000 of taxable assessed property value, per year, based on current conditions.

If the trustees approve one of these options, district voters would be asked to cast their votes Aug. 30. The need is pressing enough for the district to consider reaching out to the community now.

"The state provides very little funding for maintenance and zero for construction so the growth, new construction and upkeep of the buildings falls on the local community through bonds and levies," said Jeff Voeller, director of operations for the school district.

Coeur d'Alene School District's 41 buildings have just more than 1.4 million square feet of space. The current replacement value of all buildings, not including land, is $346 million.

Voeller explained that industry standards recommend 2% of the current replacement value be allocated to deferred maintenance. That would require an annual $7 million.

"I recognize that seems like a large number, but when you step back and look at the size of the district, the number of buildings and overall square footage we maintain, 2% is not a lot," Voeller said.

He said this past year, Idaho provided the district with $600,000 in lottery revenue to be used for maintenance.

"That is barely enough to cover the labor and materials to replace a few systems that go down across the district in a year," Voeller said.

Those typically include one or two heating, ventilation and air conditioning systems units; a few toilets; a water heater; and anything else that goes out in a given year, Voeller said.

"We need to shift from a reactionary model of addressing problems when they arise to a proactive approach and address the replacement of systems or building components that need to be replaced before building shutdown occurs," he said. "We need a reasonable and dedicated funding source to be able to accomplish that."

Roughly one-third of the schools in the district are 25 to 30 years old, and many of their components are original.

Hayden Meadows Elementary, Fernan STEM Academy, Lake City High and Woodland Middle School were all constructed in the 1990s. Skyway and Atlas elementary schools were built in the early 2000s.

"These schools all have many large-ticket items coming due," Voeller said.

He said roof and HVAC systems typically have life cycles of 25 to 30 years. Older schools such as Coeur d'Alene High, Canfield Middle and Dalton Elementary schools have had some upgrades through bond projects in the past 10 years, but other items were not addressed and are due for replacement, including carpet and tile floors that are worn out.

"Right now, we are patching roofs rather than replacing and changing heat exchangers in HVAC units in units that should be replaced to squeeze out a few more years," Voeller said. "A few systems require complete replacement because parts are no longer manufactured due to the age of the system."

He said, right now, the schools are in good shape, but because of the age of many buildings, the life expectancy of significant building components, visual inspection and maintenance costs to keep older systems running, the district's building portfolio will quickly move into a "poor" category in the next three to four years.

The facilities levy would also address security measures, which have been on the minds of many parents and guardians who have contacted the district since the mass shooting at a Uvalde elementary school in May.

Superintendent Hocker said the district already has $5 million of security and safety updates it needs to address.

"We just feel we would rather address those sooner than later," he said.

One example would be raising the height of fences around schools.

"We have some elementary schools that have 4-foot fences," Hocker said. "Obviously, if we could make that fence a little taller, that costs money."

Board Chair Rebecca Smith said she looks forward to the board having this conversation.

"The discussion on Monday concerning school safety and deferred maintenance is important and timely," she said.

Hocker said it's not the end of the world if the levy isn't approved.

"But there's a reason the committee is making this recommendation," he said. "It will cost the taxpayers more if we wait." 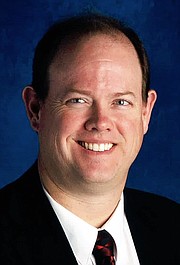 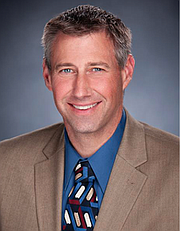