She joined Mountain West Bank in 2019 and has two decades of banking experience. She began her banking career in 2002 as a teller at Bank of America and worked her way up to senior relationship banker at Wells Fargo Bank.

Mullen earned a bachelor's degree in communications at Utah State University, where she met her husband of more than 30 years. She has lived in Coeur d'Alene more than two decades and is very involved in the community. Mullen is a member of the Kiwanis Club of Coeur d'Alene, and she has volunteered for a variety of local organizations throughout the last 20 years, including Coeur d'Alene School District, Boys and Girls Club, and Newby-ginnings of North Idaho.

Sterley has called North Idaho home for more than 40 years and raised one daughter in Sandpoint before moving to Coeur d'Alene. She has been working as a real estate agent for 20 years and is very excited to be joining Keller Williams Realty. Sterley loves meeting people and helping however she can.

Sterley can be reached at 208-659-2468 or by email at msterley@gmail.com for all your real estate needs. 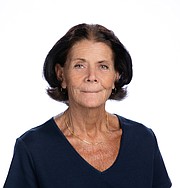