Kelly and Valerie Hanson will be celebrating their 50th anniversary. They first met in middle school in Colorado with a first date at the senior prom as freshmen.

Serious dating began their senior year, and their parents weren’t pleased because of their young age and (unknown to Kelly and Valerie) past family feuds. They sent Valerie to Alaska away from Kelly in Colorado to separate us. After nine months of writing to each other every day, Kelly grabbed a one-way ticket to Anchorage.

They then drove the 3,000 miles to Colorado through Canada and married on July 24, 1972. That union gave them three sons, Justin (Amber), Jade (Candice) and Coen. They enjoy eight grandkids, all residing in North Idaho.

Oh, what about all those letters? They still have every one of them! I see a book someday.

They attended Wallace schools and are daughters of the late Jimmy and Charlotte Bury, longtime owners of The Lucky Horseshoe Bar in Wallace.

Known by Myron in school, Otis graduated from Coeur d'Alene High School in 1951. He joined the National Guard in 1949 and the unit was called into the Korean conflict in June 1951.

Otis is a longtime resident of Coeur d'Alene and was born in North Dakota. He retired from the police and Kootenai Baliff in 1987. He now lives in Post Falls with his wife, Norma. 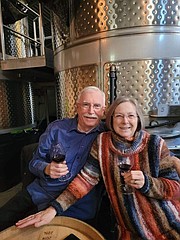 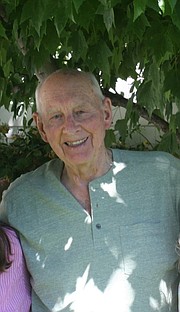