With a new 22,000 square-foot location in (north) Coeur d'Alene, Selkirk has 30 employees in a manufacturing area and warehouse for pickleball equipment.

Named after the nearby Selkirk Mountains, the 7-year-old company is owned by father and brothers Jim, Rob and Mike Barnes whose dream is to be the market leader in pickleball paddle innovation with uncompromising quality and high-performance equipment.

Liveable Me opens on Hess in Hayden

A women's boutique with a space to shop, experience life and give back to sustainable and fair-trade garment workers, Liveable Me has opened at 9013 N. Hess St. in Hayden.

"Our goal is to create a space where people feel invited," said owner and head stylist Jenny Wiglesworth, "to grab coffee, shop and chat about life."

The clothing comes from fair-trade companies with store hours of 11 a.m. to 5 p.m. Tuesday through Friday, noon to 5 p.m. Saturday and 1-4 p.m. Sunday. Cortney Brown is the manager-stylist.

The grand opening will be a Halloween costume party with bubbly, specials and prizes for costume winners 5-7 p.m. Oct. 20. Phone 503-720-9451. Check LiveableMe.com.

Offering an eclectic color and pattern-based collection of U.S. and international brands, the children's shop Lottie has opened in the Midtown Commons at 849 N. Fourth St. (enter in Suite 105 on Boise Avenue.).

A lover of curation and experiential design, owner Caroline Keska offers a retail experience that drew inspiration from her worldly travels, passion for color and the whimsey and magic in being little.

Fall and winter hours are 10:30 a.m. to 4 p.m. Thursdays and Fridays and noon to 5 p.m. Saturdays and Sundays and other days by appointment. Check www.lottieshop.com.

Founded in 1952 and with other offices in Meridian, Idaho, and Elk Grove, Calif., the company works in public and private sectors with projects within budget and on time, said spokesman Austin Bobo. 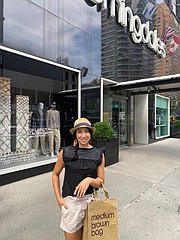 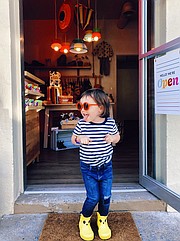