States redefine legislative and congressional districts every decade to equalize political representation based on U.S. Census Bureau population data. Redistricting is a required process under the U.S. and Idaho constitutions.

"We've tried to do our best to balance the interests and the needs of the communities we are working with and the law that is before us," commission co-chair Dan Schmidt said Friday. "We went into this process knowing that our task could not make everybody happy, and we don't expect it will."

In September, the redistricting commission visited Plummer and spoke with the Coeur d'Alene Tribe's Chairman, Chief Allan. Back then, he urged commissioners to maintain Coeur d'Alene Reservation district boundaries.

Allan was criticizing LO2, which he objected to on the same grounds as LO3.

"We understand the mathematical challenge with that task, but the L02 proposed map gives us grave cause for concern," Allan wrote in his testimony. "L01 was bad enough, in that it paired Benewah County with Clearwater and would open the possibility that constituents in Plummer would have a representative in far away Pierce or Weippe.

"L02 is far worse, creating a downright embarrassing gerrymander of a district," Allan continued. "I would urge the commission to reconsider the proposal."

Currently, the Coeur d'Alene Reservation is mainly represented by Districts 3 and 5. Tribe Legislative Director Tyrel Stevenson said Tuesday the reservation prefers the split, as the communities better align with their separate districts.

"We told the commission that what we didn't want to see was a huge district where people might be represented by someone hours away," Stevenson said.

He explained that statutes require the redistricting commission to preserve communities of interest, minimize county splits and balance representation.

"L03 does the opposite of all those things," Stevenson told The Press.

Twin Falls County challenged the Idaho Commission on redistricting in 2011 following its approval of Plan L87. Upon review, the Idaho Supreme Court ruled the maps failed to meet statutory requirements and directed the commission to adopt a revised plan. Reasons cited in the ruling were:

— Article 3, Section 5 of the Idaho Constitution requires redistricting "divide counties only to the extent that [they] must be divided to comply with the Federal Constitution"

— Idaho Code 72-1506(5), which states the plan must "avoid dividing counties whenever possible"

Stevenson said the 2021 redistricting plan could be susceptible to a similar challenge. He added that regarding I.C. 72-1506, the commission should "avoid drawing districts that are oddly shaped."

Under the L03 map, the Coeur d'Alene Reservation would be represented by the redefined District 2. Based on imaging available on the state's website, District 2 would include residents in:

— The eastern half of Kootenai County

— Those on the Kootenai-Bonner border

The only sitting legislator within District 2 boundary lines would be Rep. Heather Scott, R-Blanchard.

Though it will be new territory for Scott, she said she believes North Idaho residents share similar values and legislative needs.

Stevenson said the Tribe has worked with Scott for years and has no objection to her potential representation. What's more concerning, he said, is that future District 2 legislators may not understand the Tribe's needs.

"Having a district like the proposed District 2, we have no idea where someone could choose to run from," Stevenson said. "There is a possibility of having representatives who aren't familiar with the community, and that weakens representation."

Top legislative priorities for the Tribe are education, health care, economic development and environmental protection. Scott said she would advocate for these issues if the state implement L03 designs.

"Health care, education and environmental protection are universal issues that we all have to discuss and work on," she said. "In Boise, I have consistently pushed that we need to hear every issue and bill."

To Scott, the proposed District 2 represents the expansion of "North Idaho influence."

"All the people in state agencies who work down in Boise have no idea what life is like in North Idaho, and they don't get it," she said. "As we start to feel more government overreach from Boise, North Idaho will increase our influence. I think they did this to hurt us, but it will only make us stronger."

Commission members plan to vote on the redistricting plan today. The Idaho Secretary of State and Attorney General's Office will review the documents ahead of implementation.

If approved, the districts will be in place for the May 2022 primary elections.

Online versions of the approved legislative and congressional map are available on the commission website. Residents can also search their addresses to find out which district they'll be in through an interactive online map: https://bit.ly/3bTlha1. 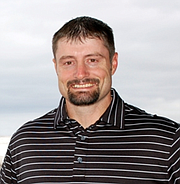