What comes to your mind when you hear the word “slug?” You probably picture an icky, slime-covered snail that somehow lost its shell. If so … you’re actually not too far off! But slugs are more than mere snails without shells. As we’ll soon find out, there are a number of really cool things to learn about these slimy critters and how they play a very important role in maintaining a healthy ecosystem.

First off, slugs are gastropods. This places them into the same group as snails, sea slugs, and limpets. Many slugs you’ll find in Idaho are invasive species, introduced to these parts ― either on purpose or accident ― by man. This is not the case with the meadow slug (Deroceras laeve), which is an American native; though they are now widespread through Europe, Asia, South America, and other parts of the world thanks to humans (we seem to have a knack for chaperoning wildlife around the world!). Meadow slugs typically grow 22 to 35 millimeters long and come in a wide range of colors. Some are black or dark brown, while others are yellowish.

Second, like most slugs, the way they look, behave, and live is so bizarre that you can be forgiven for mistaking them as aliens from another planet. Meadow slugs have four stalks, called tentacles, on their heads.

Third, if you see a slug, you might notice the gaping hole in its side. Don’t worry! It’s not injured! That’s actually its pneumostome (pronounced new-moe-stome), a breathing hole that leads directly to its lung (no, that’s not a typo: slugs only have one lung!).

The fleshy lobe covering the front half of the slug’s body is its mantle. As far as we know, it serves no purpose in slugs, but this is where the shell develops in snails.

Finally, perhaps most interesting, is its mouth. Inside of which is a tongue-like structure called a radula, and it is covered in thousands of tiny teeth! Compare this to the great white shark, which only has a few hundred teeth in its mouth.

And if you’re wondering why slugs are so slimy, it’s because they’re covered in a layer of mucus! Not only does the mucus act as a lubricant, helping this critter get where it's trying to go, but it also helps keep its body moist.

After all that, you’re probably wondering what makes meadow slugs so important. Not only are they an important source of food for a host of other animals (mostly birds, small mammals, reptiles and salamanders), but they themselves are decomposers. This means that (in addition to live plants) they consume dead plant material and help recycle nutrients, returning it to the soil so new plants can grow.

Incredible, slimy, and out of this world, slugs definitely put their own spin on what it means to be unusual! They’re also very intriguing critters to encounter in their natural habitat (which, in addition to meadows, includes moist woods, marshes, and sometimes even greenhouses). Try to see how many slugs you can find on your next nature walk! 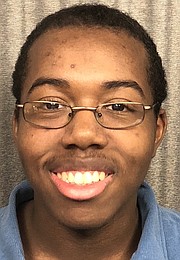