COEUR d’ALENE — The Equity Framework document used by the Coeur d'Alene School District has come under fire by the Idaho Freedom Foundation for promoting a "radical," "deeply ideological, morally shameful and anti-academic program."

"The commentary misrepresents our work to help all students be successful in school," district spokesman Scott Maben said Tuesday. "It is full of falsehoods and appears aimed to sow fear and division."

Critical race theory, according to Purdue University, is a theoretical and interpretive mode that examines the appearance of race and racism across dominant cultural modes of expression.

"In adopting this approach, CRT scholars attempt to understand how victims of systemic racism are affected by cultural perceptions of race and how they are able to represent themselves to counter prejudice," the Purdue definition reads.

It's a hotly split topic. For some, it's an acknowledgment of systemic racism in America. To others, it's divisive, toxic and anti-American.

"The equity framework is in no way related to CRT," he said. "We honor the fact that our students come from different places, and we commit to meeting them where they are at. We strive to uncover what motivates each student so they can connect and thrive, academically and socially."

The framework, found at https://bit.ly/3cv9rUm, was created to address equity issues in the district following the 2019 curriculum audit. The board met in May 2020 as the framework was being drafted to discuss questions including, "What are some key characteristics of educational equity?" and "How do you see equity different from equality?"

"These frameworks make up our strategic plan," he said. "The equity framework is not a toolkit. It’s a commitment to identifying and removing barriers that prevent students from succeeding. We all should strive to ensure that every student is seen, heard and valued in our district."

The introduction of the document gives examples for what educational equity looks and feels like.

"The Coeur d'Alene Public Schools Equity Framework outlines the organizational beliefs, values, priorities and practices that contribute to equity and offers direction to the creation and expansion of equity," the intro reads. "This framework guides our understanding of where we must continue to grow and where we must embrace change, provide opportunities for reflection, research best practices and practice collective accountability."

Equity differs from equality in how equality is the state of being equal in status, rights and opportunities while equity is the quality of being fair and impartial.

Miller describes the framework as adhering to a "neo-Marxist view of identity and bias," to which Maben replied that is not accurate.

"Our equity framework is designed to fulfill a simple core belief: All kids can achieve greatness," he said. "Regardless of how a student shows up, we promise to connect with kids on a level they can relate to, and give them all the resources necessary to achieve that greatness."

The school district was not contacted prior to the release of the Idaho Freedom Foundation commentary.

"Clearly it is an attempt to misrepresent one of the most well-intentioned initiatives this district has to help all students succeed," Maben said. "The author of the commentary would seem to advocate for educators marginalizing and alienating certain students. We believe each student should feel safe, valued and challenged to thrive at school." 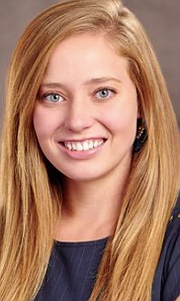