Ken and Kathy Gonser are celebrating their 65 years of marriage. They were married on June 2, 1956, by Rev. Lyman Winkle at the Presbyterian Church in Coeur d'Alene.

Do you believe in love at first sight?

As their children, we have been privileged to witness their love and devotion grow each year. 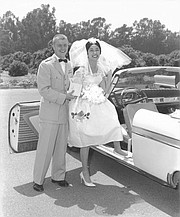 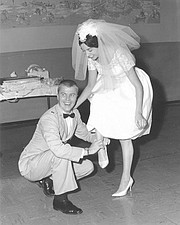