Housing — where it is, where it could be

A regional study hopes to get to the crux of a housing crisis plaguing the Panhandle, and participating researchers plan to ask Kootenai County residents for their two cents.

Funded by the PAHA and Coeur d'Alene Economic Development Council, the regional housing assessment is currently underway. Two University of Idaho professors — Steven Peterson and Tim Nadreau — are at the helm.

"We all know that there is a housing crisis here in Kootenai County," Lyons said. "(We all) need to know what we have for current inventory and where we are going with the demands and the shortages we have to grow in the future."

The study isn't solution-oriented, she noted but instead aimed to serve as a "rudder for direction" that could provide regional jurisdictions with founded data. Collecting information for the study will come from sources previously collected by the H & G Partnership, interviews conducted by the UI team and surveys.

The study members will send surveys to:

The study aims to include data across all wage levels focused on three groups, Lyons explained: low, medium and high-income residents.

"We're focused on the spectrum," she said. "It's impacting all employees at all wage levels."

Lyons believes the survey will be particularly relevant to individuals currently facing housing displacement, rent hikes or recently sold their rental property. She noted that gathering data from 2020 and 2021 is critical because the most recent data is from 2019.

"(The data) doesn't reflect the effects of the COVID tsunami that has happened in our region," Lyons said. "We're pretty hopeful that these surveys are going to give them some really good real-time feedback about what people in Kootenai County are experiencing."

A preliminary draft of assessment findings is anticipated at September's end, with the final report released by late October — which is "really quite breakneck speed for this level of study," Lyons said.

"That information will be available to everybody. We want every interested group who has been involved in this process to have access to it because it helps us make better decisions as a region," Lyons said.

"What we're focusing on is preserving and creating housing for people who need to work where they live," Miller said.

Working group member and Post Falls City Councilman Alan Wolfe asked if the region had a rough estimate of how many residents would be classified as a "local worker in need of a house."

"How many people do we have out there that make a combined household income less than $100,000, and how many housing units are available to those people?" he asked.

Lyons expressed that determining those quantities, and related amounts, are part of the driving purpose of the regional housing assessment.

"This is going to provide a blueprint for us to know the community across these different spectra," she said.

Recordings of H & G Partnership meetings are available online at www.kmpo.net under the working group tab. Membership rosters, past agendas, surveys, FAQ documents and other additional information are also available through the KMPO website. 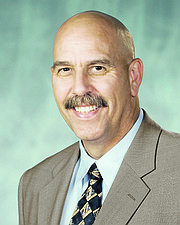