Commissioner Bill Brooks' aversion to the Kootenai County Republican Central Committee forced his hand this week when he signed paperwork to disaffiliate from the party.

His beliefs haven't changed, the elected official said in an interview with the Press on Thursday. Instead, Brooks felt it was the local Republican party that has transformed into something he could no longer support.

"Anyone who knows me knows I've never been anything other than a conservative, Christian and lifelong Republican," Brooks said, as he assured his actions would continue to uphold those values.

"But I've been seeing our local Republican party become increasingly dictatorial under Brent Regan," he continued.

Regan has served as chairman of the Kootenai County Republican Central Committee for several years. When asked for his take on Brooks' statement of "dictatorial" leadership style, Regan said the opposite is true.

"The KCRCC is recognized across the state as the premier and most successful central committee," he stated in an email Friday afternoon. "That success is a result of having talented and competent subcommittee chairmen and ensuring they have the authority to be successful. Our success is a team effort, which is the opposite of a dictatorship."

Brooks' concerns stem from the growing KCRCC influence over local elections in both partisan and nonpartisan elections. The commissioner cited the recent Community Library Network and North Idaho College board of trustees races — both previously nonpartisan roles filled by KCRCC-endorsed candidates for the first time.

During the library election, incumbent Bob Fish, a registered Republican, stated the KCRCC did not endorse him after Fish said he would not censor certain materials. Brooks perceived this as inappropriate for the committee vetting process, which he felt has become too "distilled" and "hard core."

"When they started running campaigns against good Republicans who have served well like Bob Fish, I think that does more to drive people away from good government," Brooks said. "I feel like I'm in Soviet Russia or Communist China when a party is telling me who I may and may not vote for."

KCRCC candidate evaluation processes are conducted by the diversity subcommittee, Regan explained in an April email, and the whole body votes on final endorsements. Regan said he couldn't remember the last time he saw Brooks at a meeting and described the vetting and rating procedure as "open and transparent."

"I am unaware that Mr. Brooks has experience with the inner workings of Soviet Russia or Communist China or the KCRCC to draw such a comparison," the chairman's email stated. "Mr. Brooks' conspiracy theory claims are absurd and have no basis in reality."

Another influence in Brooks' decision was KCRCC's tolerance of the John Birch Society. According to the Library of Congress, the JBS is an anti-communist conservative advocacy group that supports limited government seen by some as a radical organization.

The final straw for Brooks, he said, was seeing a KCRCC agenda that allotted speaking time to the JBS.

"They have been creeping in here for a good two or three years. I have photographs of members of the central committee standing behind the table at John Birch Society meetings," Brooks said. "I will not be in a party that calls themselves Republican but pedals up to the John Birch Society."

At the end of regular KCRCC meetings, groups, including the JBS, are invited to make announcements that may be of interest to committee members, like events, Regan explained. The chairman said that KCRCC members frequently participate in other organizations, including the Republican Women, Pachyderms, Reagan Republicans, and North West Property Owners, who are also listed on the agenda announcement section.

"There is no formal connection between the KCRCC and any of the other organizations. Informally, we welcome them to attend our meetings and events," Regan's email stated. "Occasionally, committee members such as councilman Dan Gookin, Rep. Tony Wisniewski, and myself have accepted invitations to be guest speakers at JBS meetings."

Per Idaho Code 59-906A, central political committees hold the authority to nominate three candidates to fill an elected official position if it becomes unexpectedly vacated. If that official is a commissioner vacancy, then the governor selects one of the three as a replacement. Nodding to his health, Brooks expressed that by becoming unaffiliated, the KCRCC would not have that ability if anything were to happen.

"I don't want to take my last breath on this earth and be thinking, 'oh my goodness, Brent Regan is going to name my successor,'" he said.

Brooks affirmed that he would continue to uphold conservative values in his decision-making for the remaining two years as a commissioner. He does not plan to run for re-election.

While Regan said he sees no significant impact stemming from Brooks' decision to leave the party, he felt it poorly reflected the official's allegiance to his electorate.

"I see it as a betrayal of all the Republicans who voted for him," Regan said. "58% of the voters in Kootenai County affiliate Republican and, because of the closed primary, he owes his ability to be in the general election to those very Republicans." 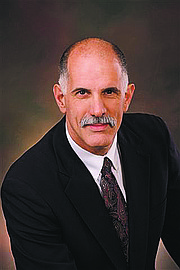