If the American workforce was divided into three wage groups, data shows that those who earned more than $16 an hour suffered loss of unemployment disproportionately less than those who were paid less. Photo courtesy Idaho Department of Labor's Northern Regional Economist Samuel Wolkenhauer.

Some people may not like seeing rapid growth in Kootenai County, but North Idaho's massive influx of new residents might just be the ticket out of the COVID-19 recession.

Idaho currently ranks first in the nation for job recovery following the record unemployment that plagued U.S. citizens for the better part of 2020. To blame for the state's steadfast redevelopment is the same thing that has been driving Idaho's rapid growth for years, Idaho Department of Labor's Northern Regional Economist Samuel Wolkenhauer said — out-of-state immigration.

"Really aggressive, really strong immigration," Wolkenhauer said. "We are forecasting really strong population growth here. Right now, we think we're going to be closing in on 200,000 by the end of the decade."

A lack of housing still limits a tidal wave of new residents, but even that won't stop the flow of people moving from congested urban areas into the Inland Northwest. Acting as an "economic buoy," Wolkenhauer said these high-earning immigrants would play a large role in getting Idaho's economy back on track.

"They are generating some extra-economic push to get us back on our feet faster than other states," Wolkenhauer said. "So even though we do have room to grow, we shouldn't downplay that Idaho has performed much better than pretty much every state in the county."

This chunk of the American workforce, business professionals making above $16 an hour, was comparably the least affected by the COVID-19 pandemic, Wolkenhauer said. Those under the $16 ceiling suffered disproportionately more, IDL shows, and 18% are still employed in 2021.

What this did, Wolkenhauer explained, is create two economies: the zoom economy and the service sector economy.

"The zoom economy is people that can telework that can still do their normal job functions. Certainly, their routines have been disrupted, and it might not have been a particularly pleasant year, but there are no mass job losses," he said. "On the other hand, the lower-wage service sector strata of the workforce is dealing with Great Depression levels of unemployment."

Since that spike, many people in Idaho have returned to work. According to IDL's data, there are currently somewhere between 40,000 to 45,000 people on unemployment with some fluctuations from month to month. While this number is dramatically better than April's 115,000 (about 70,000 better), Wolkenhauer pointed out that 40,000 is still twice as many as Idaho had before COVID.

"We definitely made big improvements, but we don't want to confuse this for a fully recovered economy," he said.

Kootenai County saw a similar trend to the state graphs, where employment "ran off a cliff in April 2020," as Wolkenhauer described, shedding about 10,000 jobs. There was a steady uptick in job recovery over the summer months, but the steam has run out since then.

Unfortunately, even as the state rolls out vaccine distributions and case numbers go down, Wolkenhauer said the virus and its effect on the economy have become independent. Meaning that even if COVID-19 disappeared tomorrow, the financial damage accumulated has developed a mind and a momentum of its own. Economist estimates indicate a multiyear run-of-the-mill recession that will long outlast the virus, stemming from the lingering effects of business closures and millions of dollars in delinquent bills. However, there is still hope for Idaho. 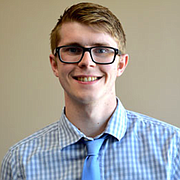