Bob’s early years were full of baseball, from the time he could lift a bat until June of 1943 when he joined the Marine Corps. He served in the Pacific and was in the battles of Peleliu and Okinawa and the Army of Occupation in Japan. He was discharged in February 1946, and that was when he met his wife-to-be, Eleanor Griswold. They met at Washburn University, Topeka. Bob and “El” were married on Nov. 8, 1947 (they missed 73 years by two months).

In 1948, they moved to Idaho, where Bob attended Farragut College and Technical Institute, which was located in the former Navy base. In 1950, Bob went back into the Marine Corps and served in Korea, where he was a member of the “Frozen Chosin” and received two Purple Hearts. He was discharged in 1951.

They lived in Topeka, where Bob served on the police department for five years. Their daughter, Vickie, was born in 1951, followed by Bob in 1953 and John in 1957. In 1958, he went back to the Northwest and Coeur d’Alene, where Bob was in the Panhandle Health Department, stationed in Grangeville and Coeur d’Alene.

Son, Bill, joined the family in 1966, and in 1972, they moved to Whatcom County, Wash., where Bob had the dream job of his life – farming. They had a red-raspberry ranch and he also had a woodworking shop, where he built beautiful furniture and did inlay work with exotic woods. Then, back to Coeur d’Alene in 2008 to be closer to family.

In addition to his parents, Bob was preceded in death by his brother, John, and daughter, Vickie. He is survived by wife, Eleanor; children, Bob (Karen), John (Dana) and Bill (Joyce); six grandchildren; seven great-grandchildren; and one great-great-grandchild.

Due to declining health, Bob lived at Legends Assisted Living for the past five years and was loved and cared for there. Hospice of North Idaho was involved in his care for the last months and his family can never thank both Hospice and Legends enough for the loving care he received.

In lieu of flowers, any contribution in Bob’s memory can be made to Christ the King Lutheran Church Roof Fund or Hospice of North Idaho. 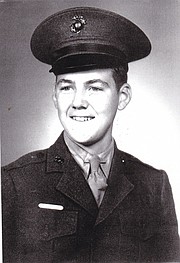