NIC ATHLETICS: In the same boat ... North Idaho College coaches hitting telephone, email to find next batch of recruits due to coronavirus pandemic

North Idaho College men’s basketball coach Corey Symons, center, gives last minute instructions during a timeout in a game against the Community College of Spokane in 2018. NIC coaches have been forced to get creative with how they recruit athletes with campus visits banned during the coming weeks due to the coronavirus pandemic.
JASON ELLIOTT/Press

No fear, just looking to get the program’s 15th national title.

Just weeks later, programs around the nation have been halted as the coronavirus pandemic has led to cancellations worldwide since March 12.

As stands now, the NJCAA wrestling tournament March 6-7 in Council Bluffs, Iowa, was one of the final national tournaments to be held.

“Coronavirus was just starting to come out,” first-year NIC wrestling coach Mike Sebaaly said. “It wasn’t even a thought to cancel or postpone the tournament. But the world has changed so much.”

National wrestling championships at the Division I and Division II levels — scheduled for March 19-21 — were canceled due to the pandemic. Like the NJCAA, the NAIA wrestling tournament was also held March 6-7.

“We were really fortunate to be able to compete,” Sebaaly said. “Especially with wrestling, the coronavirus is really easy to spread with competitors being so close to each other. It really hadn’t hit yet and turned into a phenomenon that hit our psyche in the last week. I’m sure there will be some changes going forward with this.”

The NIC volleyball team was into its spring season, consisting of workouts.

“It was more toward individual stuff,” sixth-year NIC volleyball coach Kelsey Stanley said. “We were just personalizing workouts to each player and doing some individual workouts as well.”

Those workouts ended March 13, when NIC placed a ban on its programs from competition on March 13. On March 18, the Northwest Athletic Conference canceled sports for the spring.

In the NJCAA — which NIC belongs to in wrestling only — all on- and off-campus visits have been banned until April 15. The NAIA does not currently have a ban in place, but ...

“Nobody is traveling right now,” Sebaaly said. “Both University of Providence (in Great Falls, Mont.) and Montana State-Northern (in Havre) can’t have recruits on campus right now. We’ve been spending a lot of time on cell phones, emails or FaceTime to keep those relationships open.”

Sebaaly added that recruiting trips to the National High School Coaches Association Tournament in Virginia Beach, Va., scheduled for this Thursday to Saturday, has been rescheduled for May 19-21.

“It’s definitely affecting recruiting for us,” Sebaaly said. “But everyone is in the same boat right now.”

“It really hasn’t affected a whole lot for us,” said NIC women’s basketball coach Chris Carlson, who resigned last month after 16 seasons, but agreed to stay on until the end of June and is helping acting head coach Korina Baker with recruiting. “Campus visits are nice to try to sell NIC and Coeur d’Alene, but the Division I signing doesn’t resume again until April 15. And then there’s a trickle down from there to who goes where. Our recruiting season always starts a little later.”

“We had a couple of kids in the all-star game that were on our list,” Carlson said. “We were going to do a visit with them and their family the Monday after.”

“My first year in, I didn’t get here until May 17, and we had to find eight or nine kids,” Carlson said. “We wanted to finish this season and win a championship. This just puts us a little more into remote mode.”

The NIC men’s basketball team has one true freshman and three redshirt freshmen that could return next season.

“For guys coming in, it’s really hard,” NIC men’s basketball coach Corey Symons said. “We’re on lockdown right now, and can’t travel. All of our recruiting visits for quite a while is going to be over the phone. We’ve got quite a few on the hook and were planning to bringing some guys in on visits. It’s thrown a bit of a curveball for us.”

Symons, in his fifth season as head coach, finished 28-1 this season.

“We’ve got a few more guys that are getting interest,” Symons said. “Everywhere they want to take visits have been postponed.”

Having the annual Idaho Statewide All-Star Game at NIC canceled didn’t help either.

“We had two or three guys that were scheduled to play in that thing,” Symons said. “It’s a tough thing for all of us, but it’s not like we’re at a disadvantage. Everyone is going through the same stuff.”

Stanley said she is still looking to fill four positions on the team.

“Recruiting has definitely been a little of a damper so far,” Stanley said. “Some big Pacific Northwest Qualifier (club tournaments) that we’d usually go to have been canceled (including one in Spokane), along with some other tournaments throughout the rest of the year. So it’s going to be a little challenging.”

“Campus visits are pretty much off the table indefinitely,” said Thompson, in his sixth year. “A couple of these guys are impact players, so we’ll see how that goes.”

Like Sebaaly, Stanley has been on the phone a lot.

“We’ve got some good leads on girls,” Stanley said. “It’s hard because we couldn’t get them on campus before they banned travel. Now we can’t have anyone on campus. We had girls with flights booked to fly here. We need to be able to get those kids on campus, and that’s what hurts us the most. Not being able to go to those tournaments (also hurts), but I’m not the only coach in this situation. We’re all just trying to do the best we can right now. We can FaceTime and send photos back and forth. We’ve got the technology to make it work. I don’t know how we’d do it without it.”

“It was going well until the break hit,” said NIC women’s soccer coach Kellsi Parson, who was named interim coach on March 17. “The kids want to see our campus. We’ve just been sending videos, and that’s been a big part of what I’ve been doing lately.”

Sophomore outside hitter Chloe Knudson, a Lake City High product, signed with NAIA College of Idaho in Caldwell next fall. Kynzey Mitzel, a libero, has signed with NAIA Vanguard in Costa Mesa, Calif.

Sam Peterson, a sophomore wrestler, signed with NAIA Doane University of Crete, Neb., while other wrestlers are still searching for their next stop.

“All of our other sophomores are looking around,” Sebaaly said. “Some of our redshirt freshmen are looking as well, but that’s all on pause right now. We really don’t have a lot of commits yet.”

Thompson added that some spring matches were also canceled.

“Probably the most disappointing cancellation is the jamboree with Northwest Nazarene and Eastern Oregon,” Thompson said. “Being four-year schools, those are just limited opportunities. Being a school on semesters, our spring games were spread from April 19 to May 3, and our finals are the week of May 11. I suppose that’s up in the air, but not a timeline we can work with to reschedule.”

NIC volleyball begins practice for the fall season the first week of August.

“It’s kind of a day-by-day thing right now,” Stanley said. “Hopefully everyone stays home now so we can have a season.”

That goes for wrestling as well.

“We all like to have our routines, but you don’t know when it’s going to end,” Sebaaly said. “There’s a little fear that we won’t have sports, and people need sports or something on TV to watch. You can only watch so much marble racing on Facebook.”

North Idaho College men’s basketball coach Corey Symons, center, gives last minute instructions during a timeout in a game against the Community College of Spokane in 2018. NIC coaches have been forced to get creative with how they recruit athletes with campus visits banned during the coming weeks due to the coronavirus pandemic. 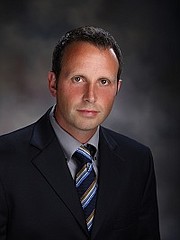 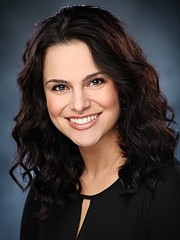 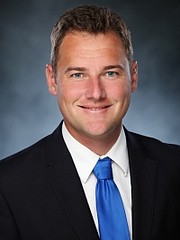 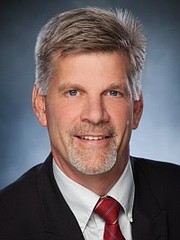