Don't worry, world. The future is in the capable hands of tomorrow's leaders, including innovative, forward-thinking youths from right here in North Idaho.

Six of these brilliant future entrepreneurs dazzled judges with their unique ideas and earned a score of accolades during the fifth annual Invention Convention U.S. Nationals, which was held as an online competition beginning in April and closing in May. Winners were announced July 2 during a Facebook watch party.

"This invention uses genetic engineering, cloning and tools like CRISPR-Cas9 to cure those suffering from hemophilia and other similar conditions," Grace explained. "I had an amazing time researching all of these concepts and putting them together in a way that worked. My favorite part was definitely learning so much about the science behind it all."

This project took a year and a half to develop.

"She is excited for the prospect of getting a patent," Grace's mom, Katie Gardiner, said. "If her idea and the science behind it is put into practice, people with monogenic diseases could be cured."

"The problems it is trying to resolve are food waste and plastic pollution," she said in an informational video she made for the competition.

"My invention can't solve all aspects of these problems, since they're humongous," she said. "But it aims to solve two specific parts of those problems, which is potato waste and waste created from Ziploc bags."

Garwood Elementary sixth-grader Caleb Adams wowed the judges with his "ADAms Washing Machine" invention. The "ADA" stands for Americans with Disabilities Act. He designed a washing machine that would lift the bottom of the tub of the washer so people with disabilities, elderly or children can easily reach the clothes in the washer. It could also prevent back injuries, or help people with bad backs. The design could also be applied to the dryer.

"He came up with this idea when he was doing his chores and he had to dive in and get the clothes off the bottom of the washing machine," Dad BiJay Adams said. "Caleb says what he most likes about inventing is problem solving and constructing new things. I can tell you he sure does. He is always in the garage getting out my tools and building things. This boy has such a creative mind and we are so proud of him."

Delving into the world of social-emotional research, Skyway Elementary third-grader Charlotte Hober won first place out of all third grade inventions and won Best in Category for Games, Sports and Toys for her invention, "Emotional Emojis." She set out to help people who can't tell their emotions apart, are not willing to talk openly about their feelings or simply don't know how to deal with their emotions.

"My game solves this problem because it teaches you how to identify and cope with your emotions," Charlotte explained in her written contest submission.

"In this game you will make someone happy with heart cards, tell what emotion a person is feeling by reading a story card, tell your own stories with emoji cards and identify emotions by looking at real human faces," she said. "It is easier to talk about your feelings when you are playing a game."

Charlotte was also included in the Henry Ford Kid Inventor Fridays on its YouTube channel.

Outgoing third-grade homeschooler Julianna Schwam used her imagination to create the "Hydrant Clear," a solar-powered heat lamp that melts snow and ice around fire hydrants so firefighters don't have to waste time shoveling during an emergency.

Julianna won the Best Invention Process — Logbook Award for her work on this project.

“I really like to spend time playing outside and being creative and when Invent Idaho comes around, I can think of a problem and try to find a good solution that can help fix it," Julianna said.

Last, but not least, a little gal with a big heart for animals won a Patent Application Award for her invention, "Bee Gone."

"My invention, 'Bee Gone,' is a solar-powered collar that deters bees from dogs," said North Idaho STEM Charter second-grader Ali Chavez. "I realized after my dog, Tilly, got stung by a bee and nearly died, there was no way to prevent this from happening again, so 'Bee Gone' was born."

She said her favorite part of Invent Idaho is "making my prototype and knowing my idea can change the world."

"I’d like to thank my teacher, Mrs. Marston, for believing in me and helping me get this far with my invention," Ali said.

More than 400 students from around the country participated in the Invention Convention U.S. Nationals.

Invent Idaho Invention Convention state coordinator Beth Brubaker is always incredibly proud of the thought and talent that goes into these projects.

"It is so uplifting to hear such positive news about the creative problem-solving skills and hard work of these young inventors, which enabled them to be outstanding award winners at the U.S. National Invention Convention," she said. "Our Invent Idaho Invention Convention young inventors consistently bring home major awards, including Best of Show, as Catherine Roco did this year." 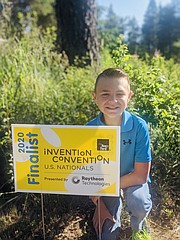 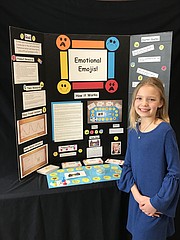 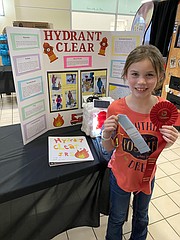 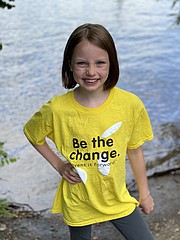