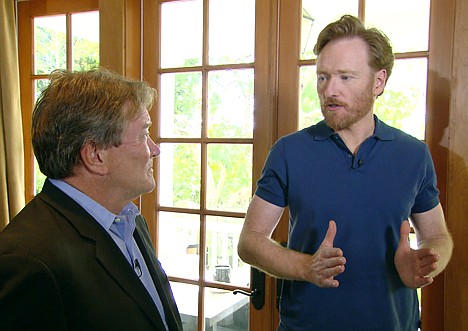 <p>In this image taken from video and released by CBS, former "Tonight Show" host Conan O'Brien, right, talks with "60 Minutes" correspondent Steve Kroft, at O'Brien's Los Angeles home, Wednesday, April 21, 2010. O'Brien discussed leaving the "Tonight Show" and his feelings about the exit in the interview which airs Sunday, May 2 on CBS. (AP Photo/CBS)</p>

O'Brien speaks out about Leno, NBC

NEW YORK - In his first post-"Tonight" show interview, Conan O'Brien said that if he had been in Jay Leno's shoes, he would not have taken back the show less than a year after publicly handing it off to someone else.