Even in an unprecedented year for movies, the Academy didn’t opt for many surprises with this week’s announcement of the Oscar nominations.

While most blockbusters sat out 2020 because of the pandemic, it’s not like the Academy nominates many of those outside of the tech categories anyway.

Yes, a few more “smaller” movies made the Best Picture race, including two of the strongest contenders, “Nomadland” and “Minari,” which earned nominations all across the field, including acting and tech fields.

Perhaps the biggest sigh of relief: The Academy (mostly) avoided another #OscarsSoWhite debacle. Several non-white performers made the shortlists here, including one likely guaranteed win for the late Chadwick Boseman in “Ma Rainey’s Black Bottom.” However, both “Ma Rainey” and Regina King’s “One Night in Miami” failed to crack the eight-film lineup for Best Picture. Both were widely predicted to make it, with many Oscar prognosticators thinking the late-breaking “Judas and the Black Messiah” would be more likely to be looking in from the outside. Instead, “Judas” made a strong impression, as did another late-breaking movie, “The Father,” also a Best Picture nominee.

In fact, there isn’t a single dud in the Best Picture race, and so adding two more excellent films in the form of “Ma Rainey” and “One Night in Miami” wouldn’t have diluted the field. It could be that voters thought both stage adaptations didn’t do enough to differentiate themselves from their original versions. The omission of “One Night in Miami” seems especially odd though, considering the industry’s overall love for director Regina King.

King missed in the director field too, though the race will include two incredibly talented female directors in Emerald Fennell for “Promising Young Woman” and the likely winner, Chloe Zhao for “Nomadland.” The surprise nomination here: Thomas Vinterberg for the Danish breakout “Another Round” (the frontrunner in the Best International Feature category). Unfortunately, its star, the great Mads Mikkelsen, couldn’t crack the Best Actor race alongside him.

Another welcome surprise: LaKieth Stanfield making a much-deserved appearance in Best Supporting Actor alongside his “Judas and the Black Messiah” co-star (and current frontrunner) Daniel Kaluuya. Both performances are technically “lead” performances, but at least Stanfield, who hadn’t been singled out in any precursors, finally gets the recognition he deserves.

While it wasn’t surprising at all, the almost complete absence of Spike Lee’s “Da 5 Bloods” still stings, especially the snub of Delroy Lindo in the Best Actor race. He’s incredible in the movie, though the character he plays might be too unlikeable for some voters to overcome.

• The omission of “Dick Johnson is Dead” in the Best Documentary race. It was a strong year for documentaries, and this voting body doesn’t always reward docs that break the traditional rules of the documentary form.

As for what wins Best Picture… the strongest contenders, based on other nominations, seem to be “Nomadland,” “The Trial of the Chicago 7,” “Promising Young Woman,” “Minari” and “Mank,” which led the field with 10 total nominations. A high number of nominations don’t alway translate to victory (just ask “The Irishman”), so a lot can happen between now and the ceremony on April 25.

The likely frontrunner at the moment seems to be “Nomadland,” thanks to its run of recent precursor wins. It’s never good to be the frontrunner so early. “Chicago 7” certainly feels the most like a traditional Best Picture movie, though Aaron Sorkin notably missed in the Director race. “Promising Young Woman” is amazing but the film comes with a rather divisive ending, and “Mank” already has a loud squad of detractors. Honestly, watch out for “Minari.” It seems to be peaking at the right time, and most everyone who watches it seems to love it.

My personal ranking of the Best Picture nominees (not a prediction):

Tyler Wilson has been writing about movies (and the Oscars) for Inland Northwest publications since 2000. He is the co-host of the podcast, “Old Millennials Remember Movies,” now celebrating 100 episodes. He can be reached at twilson@cdapress.com. 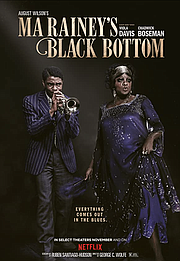 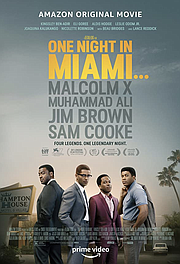